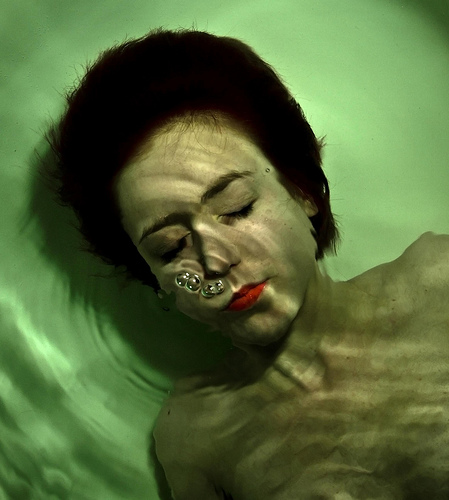 I know I said yesterday that I couldn’t find the words to adequately express my thoughts about the “Digital Death” campaign, but I just couldn’t help myself.

If you’re catching up, notice anything different over the past few days?

No? Hmm. Are you sure? You mean the sun still rose in the east, and your days have been going (relatively) according to plan?

Uh oh. Someone had better tell Alicia Keys, Kim Kardashian, Ryan Seacrest, Lady Gaga and a whole host of other celebrities who, on December 1st, underwent a “digital death.”

That is, they made the huge sacrifice of not posting any more updates to Facebook or Twitter until their long-suffering fans had donated $1M to Keep a Child Alive, as a way to draw attention to the issue of HIV, primarily in developing countries in which the non-profit organization funds programs.

(Maybe someone should tell KK that tweeting two days after she’s supposed to be dead isn’t playing by the rules. This isn’t “True Blood.”)

And before you start looking around for stones to throw at me, of course KACA is a good cause… or, at least, its cause is a good cause, I’m not familiar with the organization itself.

I have no doubt that, from a financial point of view, the campaign will reach its goal. As of last night, fans had donated just over $201,000. So it’s likely that the $1M goal will be reached.

If nothing else, I imagine the celebs will strong-arm their own celeb friends with deeper pockets than you and I so as not to appear failures.

But there are so many things that trouble me about this entire campaign.

The first is the obvious one: we’re already living in an age of information overload. So to hear there might be a temporary reduction in the spewing of bits and bytes snapping at our synapses is actually a bit of a relief.

And when the country is still in the throes of a recession, when unemployment numbers aren’t pretty, it’s a little rich [sic] for people whose net worths have more zeroes than yours or mine ever will to essentially threaten us into emptying our wallets.

And when I looked at some of the comments on reports of the campaign, that seemed to be a frequently-expressed sentiment, like this one on PopWatch:

Hmm. Makes sense to me.

Over the last 10 years, I’ve been quite amazed at how philanthropic Americans are in general. You may not realize it if you were born and raised here, but that is not the norm around the globe.

But even the most philanthropic of people go through donation fatigue.

And a lot of us are fatigued right now.

Second: if Keys et al wield the kind of online influence they apparently think they do, why on earth didn’t the campaign become an overnight phenomenon?

Did you even know about it? And more to the point, did you care?

Mainstream media reacted, by and large, with a yawn. Some celebrities like Danny Bonaduce, were displeased, as reported on Philly.com:

“After emphatically agreeing that the disease has had catastrophic consequences, ‘wiping out nations, millions of entire families,’ Bonaduce spelled out his irritation to anchors Ukee Washington and Erica Von Thiel.

“What kind of fight begins with quitting something? Bonaduce began.

” ‘Isn’t it sort of emotional blackmail? Ryan Seacrest isn’t going to tell me he just pet his cat until I offer some money?’ he continued.”

If the celebs’ fans were really devastated by the sudden disappearance of their favorites pop tarts from their digital streams, why didn’t they fall over themselves to hit the $1M donation threshold almost immediately?

The thing with social networks, particularly one such as Twitter, is that the streams move so fast, you barely notice someone’s absence. Now you see it, now you don’t.

You have to really, really be paying attention to notice if someone hasn’t tweeted in a while, unless you talk to them every day. Depending on the size of your network, it’s a similar story on Facebook, which also applies sophisticated, even mysterious, algorithms to determine whose updates show up more frequently in your news feed.

And given that most celebrities still treat these platforms as megaphones, barely, if ever, actually responding to fans, who could be blamed for not noticing their absence?

Buying whose life back, exactly?

Third, I think it’s a little unfair to the “real” people who are joining in the campaign.

If you look at the home page, the donation counter – coffin-shaped, mind you – is next to an image of a perfectly-undead Alicia Keys. Depending on how much time you have to scroll through the celebrity mug shots, the main image switches out, while the coffin counter tells you how much “fans” have donated thus far.

It took me a while to realize that this clocks up the total amount donated both to buy back the celebs’ digital lives (I feel nauseated just writing that), as well as those of regular Joes and Jills who’ve been inspired to “sacrifice” their own DDs as well.

Seems to me the regular folk, who potentially have more to lose by shutting down their online activity because they’re actually, you know, talking to people without the additional megaphones that the celebs have, should be the ones highlighted.

If this is really about inspiring people, why not highlight those people?

Which brings me back to what this is all about, and what public relations, in its truest sense, tries to do: influence.

The biggest PR lesson here – because what is this campaign, if not an exercise in trying to raise awareness? – is this: if we are going to use social networks to build influence as a way to achieve organizational goals, we have to use them the way they’re meant to be used.

We say this all the time; we have to listen, talk, share … and once we’ve built up a network of relationships we can rely on, only then ask people to do something for us.

Simply assuming that because someone has been judged as having a high degree of online influence, others will do what they ask, isn’t enough.

In fact, it’s kind of arrogant.

Figuring out true online influence is still a bit of a guessing game. Someone’s Klout score is not necessarily reflective of that person’s “real” (i.e. online + offline) influence (though, to be fair to Klout, they don’t claim that is so).

And just because someone has a gazillion Twitter followers doesn’t mean they actually make a difference to how you and I live our daily lives, or whether they influence our day-to-day consumption, purchasing and other behaviors. Even if Fast Company tries to tell you so. 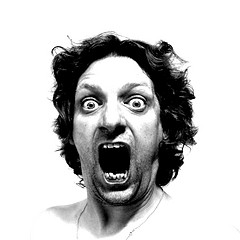 What makes me most sad about this campaign is the effect it might have on non-profit organizations.

In fact, I wonder what effect it’ll have on KACA, because if there’s one thing I’ve seen so far, it’s that the attention this campaign is drawing is far greater than the non-profit organization or cause itself.

Having worked at one, and with several, I know how important it is for non-profits to build and sustain long-term relationships with their stakeholders.

Campaigns will come and go. What’s important is for the organization and cause to receive attention, not the methods they use to do so.

There’s a fine line between shocking people into action and shock tactics simply to get attention.

The latter might result in a short-term difference to non-profit coffers; but sustainability comes with time, which means acquiring stakeholders who are in it with them for the long haul.