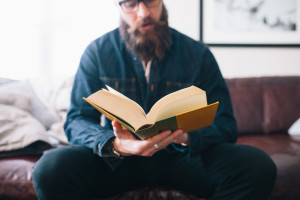 How content can be used to shape opinion and drive behavior should be a huge part of your social PR strategy. But what we consider “authoritative content” has changed dramatically, and continues to do so.

Are you accounting for those changes in your public relations strategy?

Image: Death to the Stock Photo

Back in the day, the news media were the primary gatekeepers of reliable and authoritative content. Hence the parallels between “PR” and “publicity” and “media relations.” Then the Internet and social media came along, and all of a sudden people weren’t getting their news just from the news.

I know. Nothing new so far.

The Pew Research Center came out with some really interesting data about a year ago, on how social media is reshaping the news (if anything, the numbers have gone up, so I’m not ashamed to cite year-old data). Now, more and more, people are getting their news from social media and Facebook in particular; and I’m almost embarrassed to admit that holds true for me personally too.

No wonder there’s such a huge emphasis on social advertising these days; day before yesterday Facebook posted a 39% jump in quarterly revenue, three-quarters of which came from advertising on mobile devices. Even Twitter got everyone to say, “Tweet tweet,” at least for a moment or two, with reports of its 61% second-quarter revenue … again fueled primarily via mobile advertising.

So clearly ads work. Which means the whole PESO thing works (which, let’s face it, it always has, we just didn’t have an “S” before, and we didn’t call the “O” an “O”). Which means what you consider “authoritative content” and the core of how you devise your PR plan needs to be radically different these days (super, short video from my friend Sandra Fathi on why you should be factoring the “P” into your plans).

You don’t even have to think too hard about this, because Pew has already done the work for you: 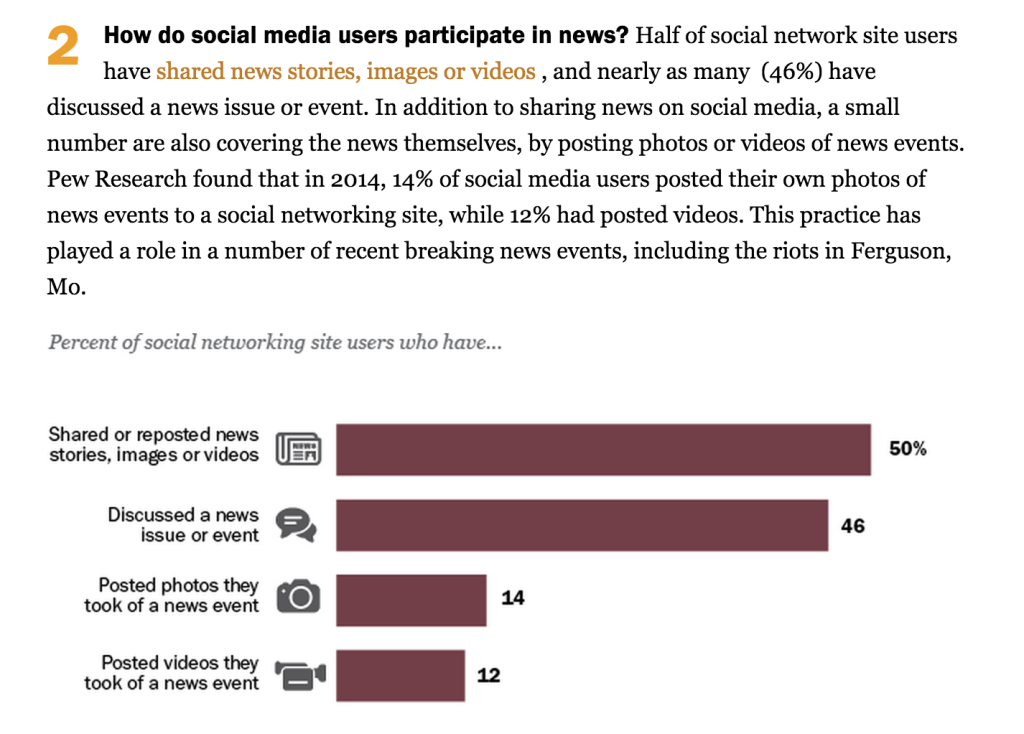 That no matter how good it is, how it is disseminated and received in social channels has a lot to do with whether or not your story will get play. And stories that get play quickly become to go-to sources. What is that if not the definition of “authoritative”?

It boggles my mind that even today, people automatically make the jump to publicity when they hear PR. More than that, several organizations still only want top-line media placements and “authoritative” bloggers to be the conduits for their content (regardless of whether or not it is deserved… but that’s a whole other post).

There’s nothing wrong with a strong element of publicity in your plans. In fact, you’ll probably need to include those tactics in your PR strategies more often than not. But you should also be looking at/for:

The reason I fell in love with social PR is that it allows us PR practitioners to do so much more than pitch solely to, and depend on, the media. It really allows us to craft messages and stories that strike a chord among our audiences, to the extent that they start sharing our stories for us. When that happens, it is a beautiful thing!

So if you’re still not thinking about the different ways in which your PR content – content that you slave and sweat over – can rise to the top, and depending solely on mainstream media to give it a lift …