The Strangest Argument I’ve Ever Had On Social Media 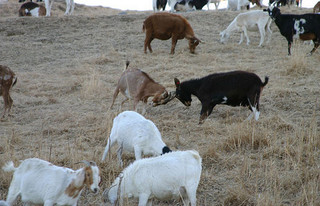 It all began when Michelle Quillin re-tweeted a recent post of mine. It was about remembering to use the headline and first lines to keep readers compelled to read, old and new.

A follower of hers read it, and tweeted in reply, “That made me want to vomit.”

I was totally at sea.

Michelle asked him why. The points he tweeted back basically amounted to just one: social media cannot be used to sell anything, so why deceive people with tips to help them do that?

Michelle and I offered proof to the contrary from our own experience that keeping an engaged audience and building relationships through our blogs and other social media platforms has benefited us, business-wise. He persisted with his view, adding that traffic to a blog has no bearing on sales, and that blogs are only meant to entertain, kind of like reality shows.

I thought the argument itself was strange and kind of dumb, but that’s usually my reaction to most arguments because I seldom find arguing worth my time.

In other words, I’m not very good at it.

But it was amazing to me that we could have this argument–which spanned three days, in spurts–about social media on social media, especially when my opposition professes social media is a complete waste of time.

However, there were a couple of things that weren’t dumb about the encounter.

1. I’m not a social media evangelist, and I’m very cautious about how I engage in this space. But neither Michelle nor I could ignore the fact that his points contradicted our experiences as we market and network for our businesses on social media.

Countering his opinions with eyewitness facts was our duty, and could benefit others new to the sphere who may have been spectating.

2. A lot of folks don’t only see no benefit in all your time spent tweeting and status updating, but are entirely unconvinced it could possibly be worthwhile because it goes against some deeply held beliefs they have about the world around them. And there will be no convincing those people.

3. For some people, “Don’t mess with me and I won’t mess with you” does not apply. They thrive on getting in people’s faces and making them as uncomfortable as possible.

Being aware of this can keep us from taking it personally. But when it reaches a personal place, it needs to be reported.

4. I needed the reminder that I’m not in this web alone, and I wanted to hug Michelle for the support she offered and her “kill-em-with-kindness” way of dealing with undesirable situations. Thank you again, Michelle.

Have you ever attempted to discuss social media with anyone as resistant to its charms as in my example? What kinds of arguments did you make? Did it work?