What I Learned from My TestMasters (And TheGreensheet) #SocialMadness Experience

Can you have a competition that measures how “good” your social media is? 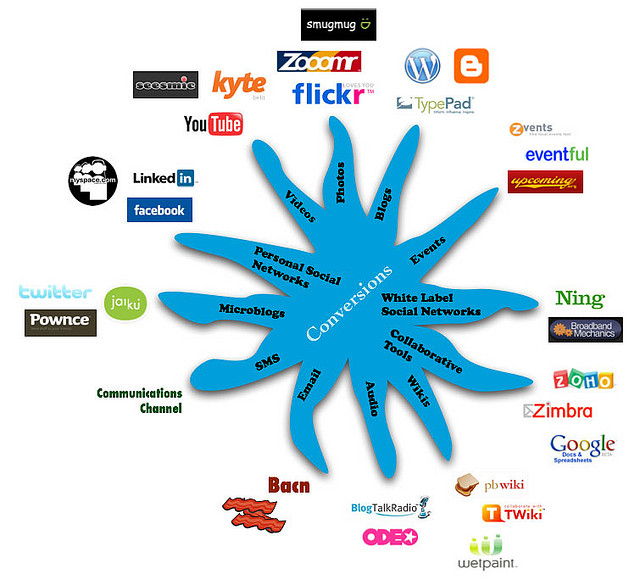 The Business Journals recently decided to capitalize on the momentum social media has gained by launching #SocialMadness, a social media competition. The contest is based on a Final Four-style bracketed arrangement, pitting teams against one another in qualifying prelims and high seed vs. low seed match-ups.

#SocialMadness assesses social media performance using a proprietary algorithm based on Facebook, Twitter, and LinkedIn engagement, as well as direct votes in the name of specific companies at the #SocialMadness website.

The winner gets no official prize, only recognition.

The first two weeks of the competition consisted of a local level qualifier round, where companies in different categories (small, medium and large businesses) competed for a Top 8 spot. The competition then transformed into a Round Robin style tournament, in which the high seeds faced off with the low seeds in head-to-head battles based purely on points from the Business Journals’ unknown, undisclosed algorithm.

Once that competition ended, the winners of local competitions as well as a specified number of remaining wildcards advanced into the national brackets. Each bracket consists of 64 teams in the original categories, but on a national rather than local level.

I have had the pleasure of participating in this year’s madness with two teams.

The Greensheet, where I earn my paycheck by day, participated in the competition as a medium-sized company. A corporation of more than four decades, The Greensheet is a Texas staple known for classified and display advertising that connects buyers and sellers.

They came into the tournament with a fairly robust Facebook page, a Twitter feed with good momentum, and a new but fast evolving LinkedIn profile. Recently, the company has added growing divergent blogs on the topics of pets, cars, lawn and garden and personal finance.

In the evening, I have been tweeting and collecting likes, connections and votes for TestMasters. Based out of Houston, TestMasters provides test preparation services for various college admissions exams (SAT, ACT), graduate admissions (GMAT, GRE, LSAT), professional engineering exams and other standardized tests nationwide.

The company started the tournament with a big Facebook presence, a modest Twitter feed and a small presence on LinkedIn.  TestMasters also runs three different blogs, one each on college admissions, the GMAT and the GRE.

Both of these companies performed with honor in the competition.

When the contest began, you might think that teams would scramble to do something new. But that wasn’t the case. Rather, most businesses in the competition maintained a slow and steady pace, even out of the gate. The truly competitive teams rose to the top rather quickly.

You could tell who had a budget; at least one team, outpacing the rest of the pack each day by TONS of points, ran a sponsored story in my newsfeed. Other teams were running deals or giving money to charity for different forms of engagement from fans (I’ll talk more about that later).

But you could also tell who was really trying to compete in the competition.

Neither team had too tough a time making it into the local playoff rounds. TestMasters finished 4th out of over 70 initial local Houston small business teams. The Greensheet finished comfortably inside the top eight in medium-sized businesses too.

The next round started without a moment to spare. After a non-stop, real-time faceoff that took 16 days, The Greensheet went head-to-head with Max’s Wine Dive, while TestMasters took on Qukku, a social-based video contest site. That round spelled the end for The Greensheet in the tournament, as Max’s Wine Dive robust social media presence outpaced us.

But TestMasters rolled into the second round of the playoffs without too much trouble and received a bye to the finals immediately after, when our opponent dropped out. We were pitted against Bounce Energy, who had knocked of the rather interesting and innovative Houston Renaissance Festival in a pretty good fight.

Bounce utilized a “Likes for charity” strategy in the contest, doing a great deed by donating over $7,000 to the Impact a Hero Campaign, and another sum approximately as large to the Boot Campaign, both of which are dedicated to supporting the American military.

Actually, the charitable campaign approach was almost their entire strategy.

It worked, too. Bounce took the local championship and advanced to the nationals.

Before we were defeated though, the Houston Business Journal granted us an interview, showing some recognition for the final two teams in each of the three local categories.

Two days later, Testmasters received an email and a tweet telling us we had been chosen as a wildcard participant in the national tournament. So we spent the last week as the #40 seed in a 64-team final tournament facing off with It Works! Global, which sells beauty products and services . . . and we have, after a long run, finally exited the tournament.

What to learn from all of this

Participating in the contest has taught me several lessons as a professional content strategist:

At the end of the day, The Greensheet marketing team picked up several strategic insights from observing other teams, some of which are currently under long-term consideration. Our Facebook calls to action evolved, increasing our engagement.

The same can be said for TestMasters. We tried all kinds of new calls to action on Facebook and Twitter, post scheduling, picture posts, hash tags, engagement messages and an arsenal of personal responses to customers. Teachers engaged students to participate online during class. The results were steady growth in Facebook and LinkedIn followers, and a 200% rise in Twitter followers.

Contests are a chance to open the vault because they increase your sense of social media urgency and that can be good for business.

2. The Business Journals put together something very interesting here. The basic story of the tournament showed which teams actively engaged their audiences and had preexisting social media outlets, and which teams were in a developing or inactive state.

3. There is not, nor may there ever be, a perfect algorithm to capture how ”good” you are at social media.

There does seem to be a debate over the endgame of social, i.e., whether it is for engagement, branding, service, sales, or all of the above. But minus some of the more essential metrics we have developed and plus some of the more useful emerging stats, we’re looking at a somewhat inexact science.

Just as Klout is useful but imperfect, so other attempts to measure social media with perfection will be imperfect. Yet the main flaw with this system appeared to be the weight attributed to money. Teams with massive amounts of ads running and heavy donations for Likes competed and dominated.

To get an accurate social media measurement, you have to somehow neutralize the money difference even in the large company bracket where the businesses are all similar in size.

My guess? Next year, the Business Journals will continue to tighten and improve their tournament in criteria, promotion and execution.

Your contest will pit hungry teams who are ready to compete against one another . . . even if the scoring system is inexact.  Perhaps, then, we will have a true, useful, long-term social contest tradition.

What do you think? Can a contest measure social media? Should the Business Journals change the rules? Will you participate in next year’s #SocialMadness?