The Intern and the Executive Coach, Part II: Criminal

I know it’s been a while, but you remember the story of the intern and the executive coach, Part I.

In case you don’t, it was

… and never mind that half the outlets she included didn’t have anything to do with the garment and accessories industry (apparently the PR agency’s beat).

Long story short, I alerted the firm, they (must have) chastised the intern (because not long thereafter, I received – via bcc – a profusely apologetic note from her), and you’d think all was over and done with.

Not by a long shot!

Apparently, one of the many people included on the original email was an executive coach.

Someone who apparently coaches “executives” to be their best, and to succeed in the workplace.

And said executive coach has apparently co-authored a book (possibly several) on said topic, one of which is about “decoding the executive woman’s dress code.” 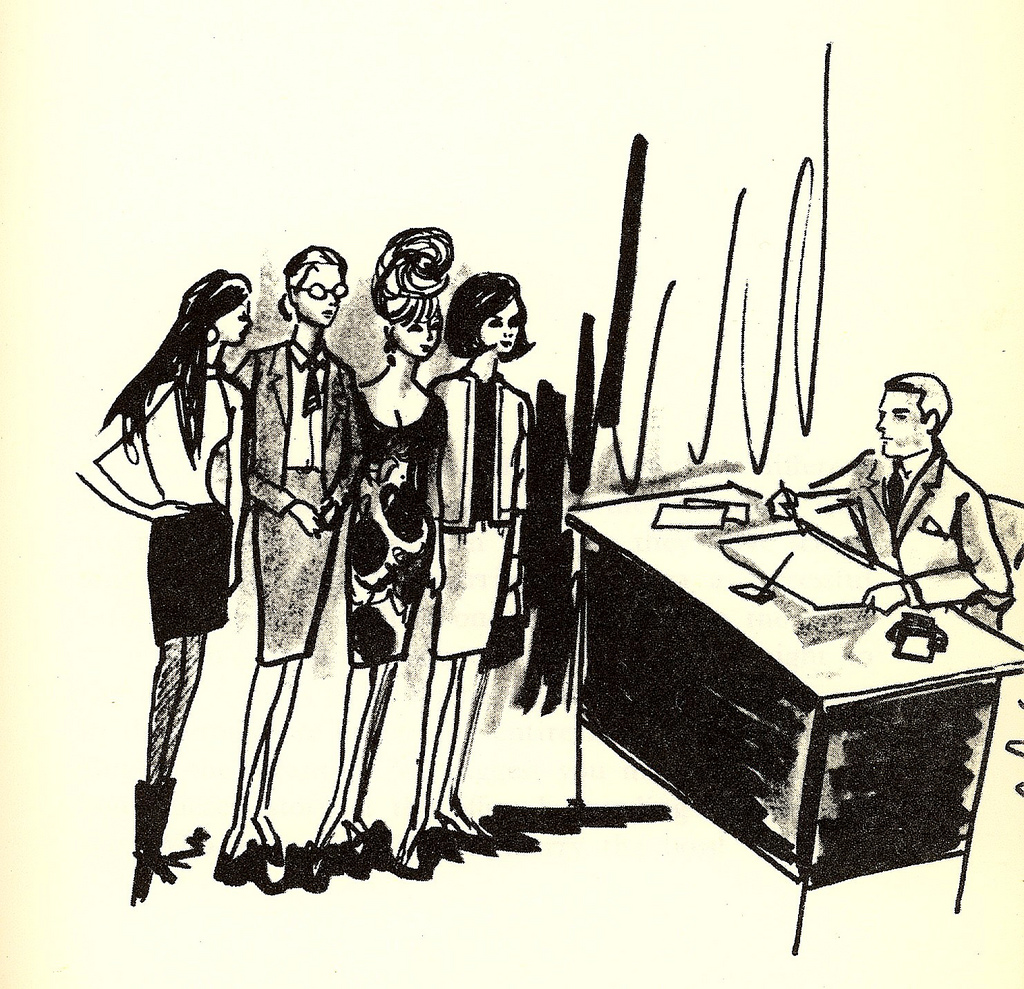 And the reason I know all that is because, shortly before (three minutes) the intern sent across her profuse apology, this executive coach took it upon himself to “coach” the intern on the real problem that career women face. You see, apparently it’s all because we don’t take our “corporate uniform” seriously.

There is one problem that career women face that often goes unaddressed. It is what it means to be wearing the right clothes. A woman’s wardrobe is an essential component of her presentation. It is as important as her handshake, her eye con…tact and her attitude.

The faux pas many women make is that they believe their wardrobe is a reflection of who they are. They are attempting to project their distinctiveness and their individuality. Others prefer to wear what is comfortable thinking that this is appropriate since they’ve noticed others in the office also dress this way. And then there are those who want to be known for their style and creativity. They want to stand out from the crowd.

The mistake is that they don’t view the clothes they wear to work as their corporate uniform.

Don’t lose the point that the real purpose of “the uniform” isn’t for erasing your identity; its purpose reflects the symbolism that “you’re part of the team.” It creates a visual representation of a common goal and a shared purpose.

And how do I know this?

Because I was bcc’d on that email to the intern … along with, I’m pretty sure, everyone who was first included on the original email, in the cc field.

At first, I laughed (remember, this was before the intern’s abject apology had come through). I figured maybe this was an editor having a good day, making a joke.

Then I re-read the email and realized… OMG, this is someone who’s serious. Because he’s attached the PDF of his latest book to the email… and is taking advantage of the fact that he now has a gazillion email addresses at his disposal to blatantly pitch himself.

But hey, he had their (our) email addresses, so why not send out a blanket pitch, right?

I asked him as much:

When I first saw your email, I burst out laughing… then I realized that you were serious. At least, I think you were/are… were/are you?

Did you really try to make hay of an intern’s horrid mistake to pitch a bunch of reporters/bloggers, because their email addresses were available to you?

Or did you think we were all interested in your views on what women should wear… because our email adresses were available to you?

I’m genuinely curious. Do enlighten me.

Of course, I never heard back. I even looked the guy up on Twitter, and was tempted to tweet him, but then I figured … what good would that do?

He’d probably already decided I was a beeyatch/not worth his time, so nothing I’d say/do would make him change.

Me, though, I think what he did was inexcusable. It’s one thing for an intern to make a mistake. That’s what interns do. Heck, that’s what we all do, though hopefully not as many as interns might.

But for a seasoned professional to try and take advantage of an entry-level employee’s mistake… well, that’s practically criminal, in my opinion.

What do you think? Do you think I’m being too hard on the executive coach? Or would you have reacted the same way? Do share, I’d love to know!

President & CEO at Shonali Burke Consulting, Inc.
Founder and publisher of Waxing UnLyrical, Shonali Burke helps purpose-driven brands bring big ideas to life. She teaches at The Johns Hopkins University, has gone back to school herself with the Harvard Business Analytics Program, and is creator/lead instructor at The Social PR Virtuoso® online training hub , where ambitious PR pros learn how to unleash their inner Social PR superheroes. Owned by Lola the Basset Hound, she's mad about ABBA, bacon, cooking, dogs, and Elvis, though not necessarily in that order. Wouldn't you like to be in her kitchen?

There are 38 comments Join the conversation