If you’ve ever had an opportunity to attend a conference come your way and turned it down, thinking, “This isn’t directly related to what I do, what will I gain from it?”… read on.

I’ve been out for the last few days, attending (and speaking at) the 2012 PRSA Counselors Academy in New Orleans. This was my first time attending this conference, which is geared towards PR agency owners, providing a forum for them to share and learn from each other, not just from a professional development point of view, but from a business development and profitability point of view.

(That’s Derek Skaletsky of Traackr, Gini Dietrich and Johna Burke of BurrellesLuce, in my breakout session.)

So I didn’t know what to expect when Martin Waxman, co-chair of this year’s Academy, urged Pierre-Loic Assayag of Traackr (necessary disclosures: I was a beta user of Traackr, have built one of their showcased Alpha-lists, love their service, and participated in their first certification program last week, for which – and only which – I was personally compensated) and I to submit a proposal to speak.

And given the extreme changes that my own career has taken, I wasn’t sure if what I could offer would be of use to the attendees.

And, quite frankly, if what they could offer would be of use to me and my employer. ‘Cos whatever I do now is no longer about just its value to me; it’s got to be of value to my employer… right?

Boy, was I wrong.

Though I was a newbie to the conference, I can’t tell you how welcome and at-home every single person I met made me feel.

I did have the advantage of already knowing wonderful people like Martin, Joe Thornley, Gini Dietrich, Lisa Gerber (we’re Bootcamp Buddies too!), Dana Hughens, Abbie Fink, Johna Burke and Ken Jacobs (first time meeting IRL!), who went out of their way to make me feel at home.

And if working together, with laptops and mimosas on a Sunday afternoon won’t do that, I don’t know what will. 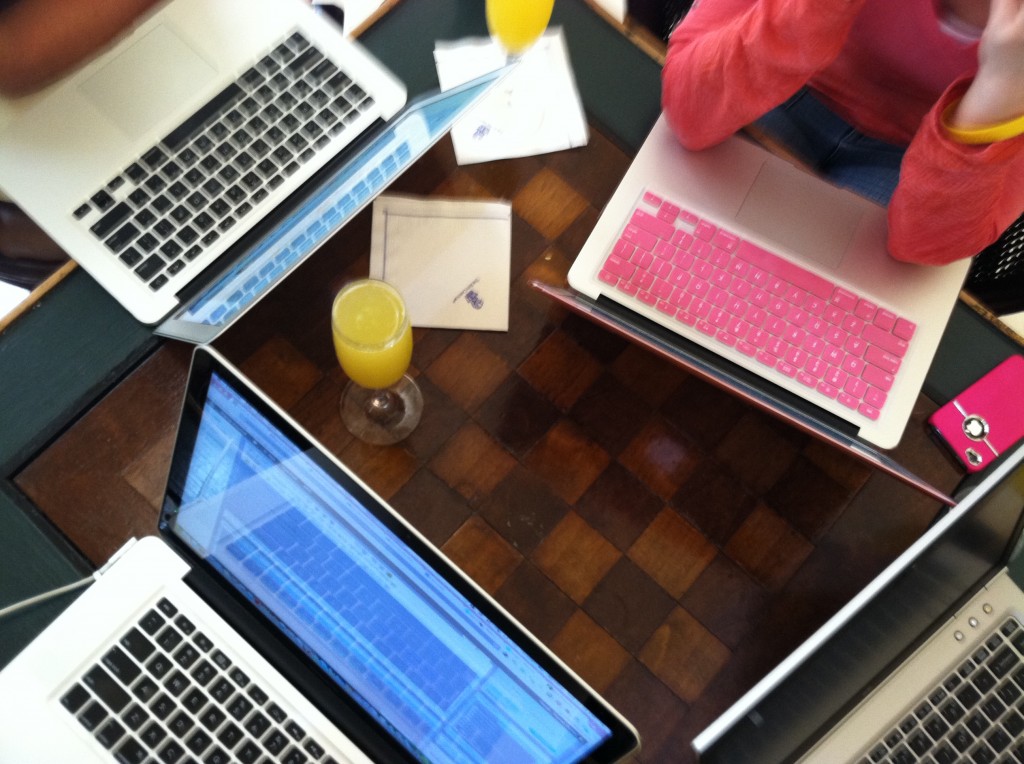 Over and above that, I can’t tell you how many people I met with whom conversations went something like this:

“Oh, you’re Shonali! It’s so nice to actually meet you after connecting on Twitter!”

“Is this your first Counselors, Shonali? It is? Welcome! Tell me more about yourself!”

I caught up with Marcus Sheridan (and does he know how to give a keynote, I’m telling you, hire him for your gig this instant), Jay Baer and His Lovely Wife (whom I will not name, in case she’d prefer I didn’t) and got to experience New Orleans after quite a few years.

(Remind me, some time, to tell you the story of how Gini and I collapsed with laughter when a group of us were returning to our hotel from dinner via Bourbon Street, and we saw the best character… who was just being himself … in a ballet leotard… and fishnets… and platforms I’d die for).

I got to meet, as colleagues in the greater MSL Group, Mark McClennan (an SVP at Schwartz MSL in Boston, who I already knew because of social media, and Joan Cetera, an SVP at MSL Chicago). It was a really good feeling, to “represent,” as it were, and to have colleagues to chat with, and to learn from.

Learning. I learned so much. 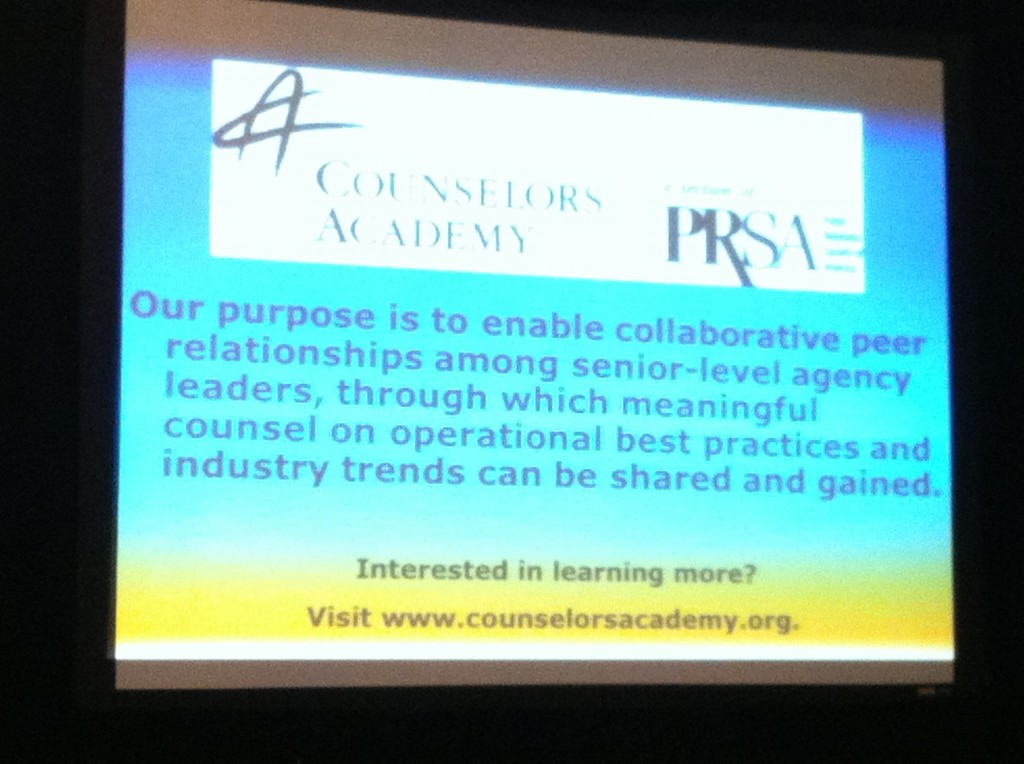 From Marcus, not just on content marketing, but on how to wake an audience up with a smart presentation style.

From Jay, on how to roll with the punches (his flight was delayed, so the keynote that he and Gini were doing was rearranged so that we actually, er, had a keynote) yet deliver a message in compelling and humorous style.

From Gini, on grace, kindness (she cited Waxing UnLyrical and me not once, but twice during her keynote!), and so, so much more.

From Joe, on how to energize an army of entrepreneurs to build your business… and I can’t tell you how relevant that is to me, at we at MSL Washington DC seek to do just that.

From Elise Mitchell, who presented an energizing, emotional “solo Jazz” keynote on Day 2, reflecting on what it’s taken her to grow her business to the point where her firm has started raking in all sorts of national awards, inspiring the rest of us to never give up.

From Johna, and Colleen Flood, and Martin, and Ken, and Roger Friedensen, and Derek Skaletsky, who took the time to sit in on Pierre’s and my presentation, that once you’ve built your village, they will come out to support you, even if they’ve seen you do it a bunch of times before (and even if they do it with these really silly-yet-funny gizmos that make a bunch of different sounds to add, er, color, to your presentation).

I went to CA because I was committed to doing so before I started my new gig.

I returned from CA reminded of the power of connection, of ideas, of people.

And if I’d simply said, “This doesn’t look like there’s enough in it for me,” I probably wouldn’t have gone, or gained, as much as I did.

And MSL wouldn’t have gained, in the long term, what it will, simply because I (and Mark, and Joan) were there.

I’m not one to shy away from risks, but boy, did I learn, or re-learn, this lesson big time this past weekend.

So the next time you’re presented with this kind of opportunity, don’t shy away from it. Go for it. And I’m 99% sure (hey, a lady reserves the right to change her mind) you won’t regret it.

How about you? Do you remember a time where you went, perhaps half-heartedly, to an event, out of obligation, only to find it was like breathing pure oxygen? Did it change you? Do share!