On Women’s Equality Day, Be the Change You Want to See 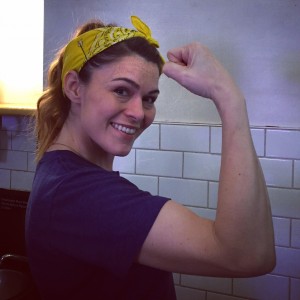 Today is Women’s Equality Day in the U.S., which commemorates women in this country being given the right to vote.

These are the days

And such days – be they International Women’s Day, or Women’s Equality Day, or Equal Pay Day – inevitably make me think about how far we have come… and wonder whether we’re doing enough to keep moving.

When we met in Atlanta for last year’s PRSA International Conference, my friend Richard Bagnall told me about the British Equal Pay Day campaign from the Fawcett Society.

It’s so simple, it’s brilliant: they publicize the day, each year, that women effectively begin working for free, because of the gender pay gap.

Last year, that date was November 9, and the article I’ve linked to notes how that date has consistently fallen in early November… showing how little we’re progressing towards closing the salary gap between men and women.

Here in the U.S., Equal Pay Day is marked a little differently; it’s the date that women must work up until next year to make what their male counterparts made the previous year. In 2016, that date was April 12. In 2017, it will be April 4.

So, much like the U.K. date is crawling forward slower than an inchworm stuck in the metric system, ours is doing the same, only backwards.

There’s an excellent blog post on the White House blog about this, which I highly recommend; the GIF that accompanies really drives the point home. And the same post points out even further inequalities when you start breaking women’s earnings down by ethnicity: 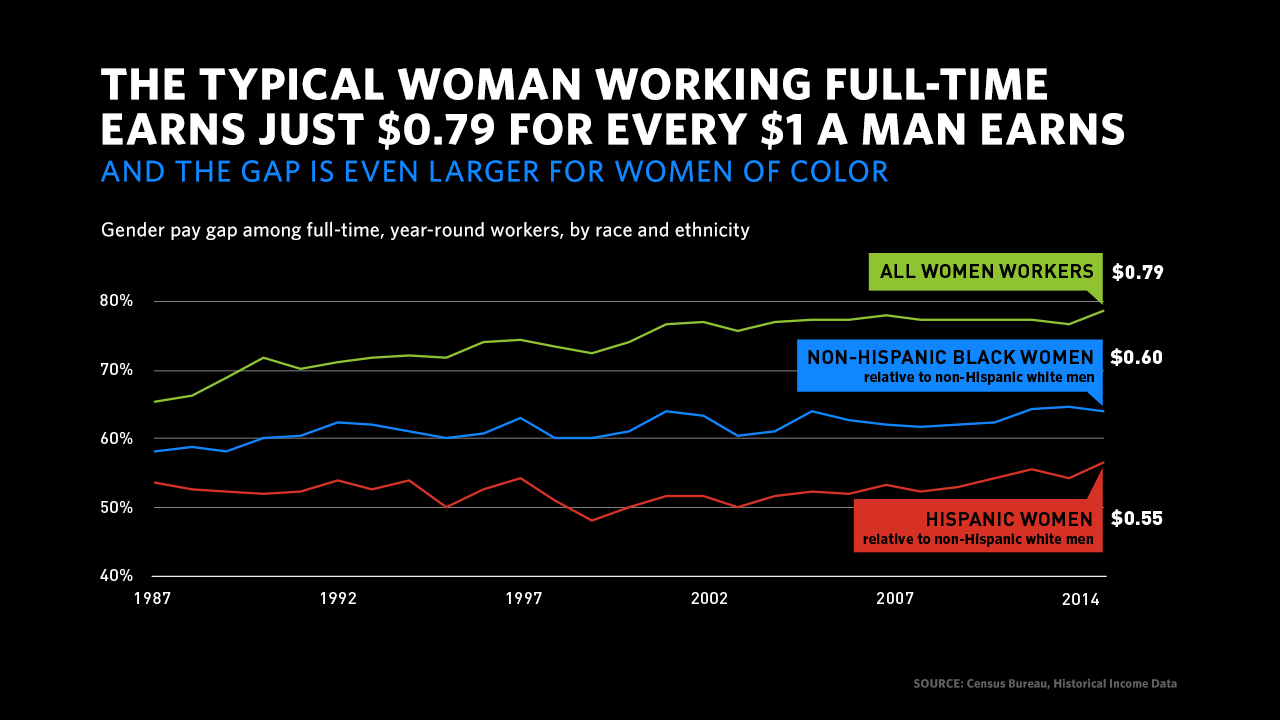 I find it fascinating that women in the U.S. earned the right to vote a few years after their British counterparts. Of course, the worldwide suffragette movement was incredibly complicated and nuanced, as this really interesting article from the New Statesman points out, in context of the 2015 film (which I highly recommend watching, if you haven’t already).

We’ve just concluded the 2016 Summer Olympics, and stories abound on how it was the Women’s Games (or how it wasn’t). An ESPN article on historic achievements by three Indian women is still giving me goosebumps; I dare anyone to use #likeagirl scornfully ever again.

Don’t just call it a day

I used to think our work would be done when these types of days, or commemorative milestones, no longer existed. If the girl child is as valued as her male counterpart, for example, why do we need a “day” or “year” of the Girl Child? Ditto International Women’s Day, Women’s Equality Day, and so on.

I still think that viewpoint has some merit, but now hold the opposite view.

If we don’t commemorate these days, these milestones, these remarkable victories and turning points in our histories, we do a great disservice to all those who stood up, and laid down their lives, for them.

We do a great disservice to those who made it their life’s work to hold out for change, no matter how painfully slow it was.

Until Women’s Equality Day is everyday

Those of us who are women don’t need a special day to remind us how unequal the world still is for us as a gender; and don’t even get me started on the further inequalities for women of color.

But we can all do with a special day to celebrate just how far we’ve come, and to remind ourselves just how much more work we have to do. And clichÃ©d as it sounds, every day is a new beginning.

So today, let the new dawn of Women’s Equality Day begin with us – with you and me.

We can remind an overworked mom she needs to go to the doctor as much as her kids.

We can gracefully decline when we’re asked to basically do two jobs for the price of one.

We can help young women just starting out in the business world with an introduction that might change their life.

All we need to do is hold our heads up high, politely say “no” instead of “yes” when someone’s trying to walk over us, and give other women – all women – the helping hand they may be too hesitant to ask for, or realize they need.

As Mahatma Gandhi never said, let’s be the change we want to see in the world.