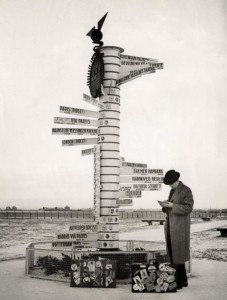 I love January… especially since I’ve been teaching. Starting fresh with a new year and no major calamities to deal with… yet. Twelve exciting months waiting over the horizon.

For my students, though, especially my undergrad senior Communication students at Curry College, it’s another story. A story of priorities.

As Scarlet O’Hara plaintively asked Rhett Butler in “Gone with the Wind” as he was walking out the door for the last time … “Where shall I go, what shall I do?”

It’s not like we haven’t had “the conversation” repeatedly over the past several months. And I’ve written about the matter before. “You’re graduating next year; you need to get your job search preparations in gear.”

Here it is… January, and nothing has been done.

Some of my more academic colleagues have trouble wrapping their heads around this seemingly college-age phenomenon. And I was baffled at first… until I thought about my previous life as a public relations practitioner… and the “challenges” I ran into with clients or employers around deadlines for program launches or even media queries.

The mindset often was something to the effect of “no need to rush; I’ll take some more time to ”˜prepare.’ ”

The problem is, as the old saying goes:

“The Bird of Time has but a little way
To Flutter””and the Bird is on the Wing.”

One of our challenges as either PR pros or PR profs is to communicate the importance of timely action or timely response…of setting priorities and sticking with them as best as we can.

Tomorrow is too late. The paper’s printed. The post is published. The news is broadcast.

Or, for those procrastinating students, that job you thought was just what you were looking for is filled.

We all have a ton of stuff on our respective plates screaming for attention. And the last time I actually checked, there still were just 24 hours in a day.

So “what we (should) have learned here,” to misquote my heroes from South Park, is that getting a focus on the demands of your work life as well as those of your personal life is “Job Number One.”

Yes, there will sometimes be serious “bumps” in your road, but you’ll have some order in your life and a better sense of where priorities lie.

But it takes getting yourself out of the “daze” and into your “days”…of life… of professional growth and development… of job satisfaction.