Home>Career Development>How a Trip to Antigua Dropped Into My Lap Thanks to Intentionality
Estimated Reading Time: 6 minutes
Previous Next
Share13
Tweet
Pin
13 Shares

Would you believe I literally dreamed up a trip to Antigua?

Had this not happened to me, I would have called myself crazy, or “woo woo,” or maybe something even more colorful. ;)

But it did. And it reminded me of just how powerful intentionality can be … when we are really focused about what we want.

A couple of weekends ago, I shared this nifty little graphic in my Social PR Posse Facebook group: 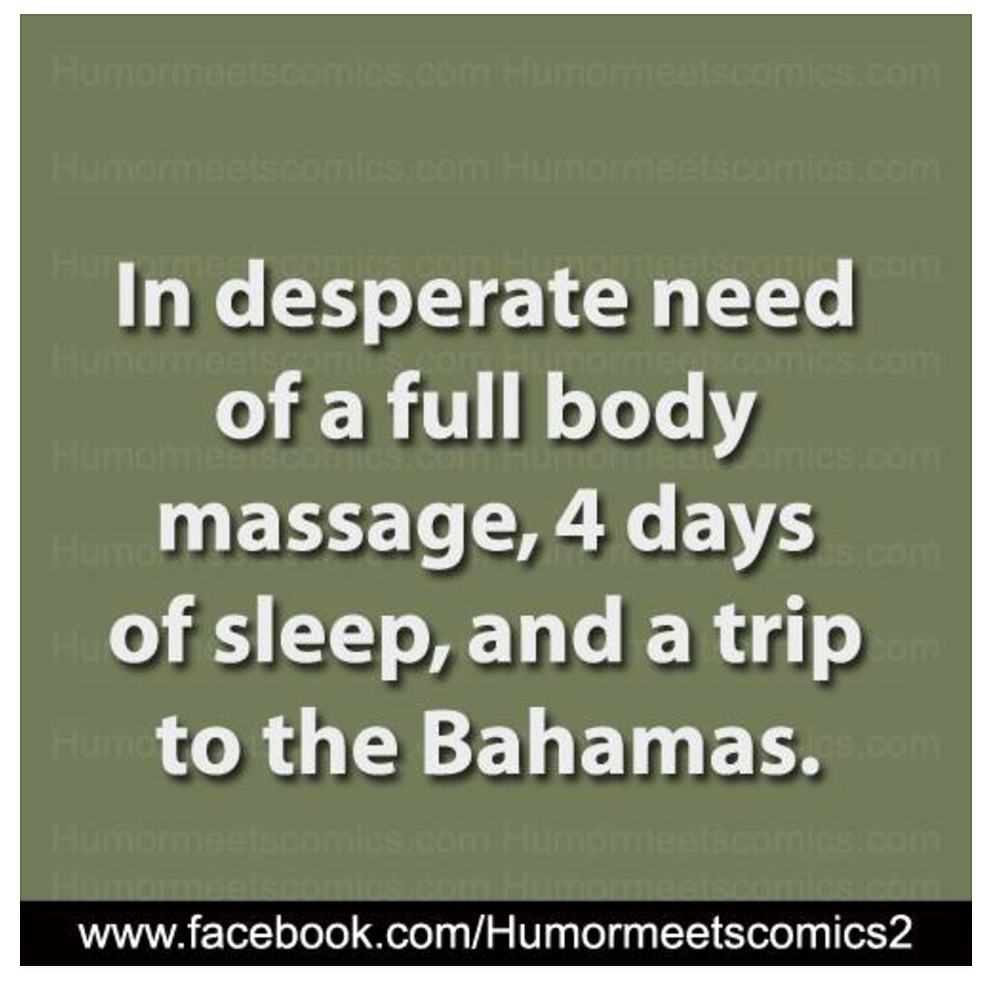 It got a lot of responses. I mean, who doesn’t want to go to the Bahamas?! Plus, it’s the kind of thing you want to dream about on a Sunday evening, right?

Not two hours later – again, all this was happening on a Sunday evening – I got a message from my dear friend and mentor, Patrice Tanaka (I’m not name-dropping, there’s a reason I mention her). She said:

“I have a voucher for a week’s stay in [fancy resort] in Antigua, and want to go next month.

“I’d put it out to the universe that if I’m meant to go, to show me who to go with.

“Then I saw your Bahamas post in the FB group. Do you want to go to Antigua with me?”

So we spoke early the next morning, Patrice confirmed that the resorts had those dates available, we each booked our respective flight (on points, mind you, i.e. free!) … and in three weeks we’ll be in Antigua.

And we’ll be talking a lot about work, so it’s basically a beach-side business retreat!

Like I said earlier, had this not happened to me, I would never have believed something so amazing could happen so easily, simply by putting it out there.

But it did – because I put it out there.

And I put it out there because I’m in desperate need of some beach time, I’ve been picturing beaches in my head for months now, and I’ve always dreamed of doing a business retreat at one.

It reminded me in no uncertain terms just how powerful intentionality is. We literally CAN make something happen out of nothing if we are focused enough about it.

I told you earlier I wasn’t just name-dropping when I mentioned Patrice.

After meeting her – and being bowled over by her – several years ago, something inside me said, “Shonali, you need to learn from Patrice.”

So shortly after we first met, I reached out to her to see if she’d have time to meet on one of my trips to NYC.

She did, we hit it off, and she became a mentor and dear friend. She is someone who really believes in the power of intentionality – I mean, this woman has built and sold three agencies!

Coupled with hard work, it really can move mountains.

Just do it. And if you don’t know immediately HOW you’re going to do it, do the first thing that feels true. And then just keep going.

This is how I’m now living every day, to the best of my ability (some days better than others).

I’ve been wanting to do something like this for YEARS. I get asked to mentor/coach all the time, it gives me so much joy to do so, and I’ve had two official coaching clients sign up this past year.

So when it gives me this much joy to help people … why on earth have I not rolled it out all this while?!

Because I wanted all the pieces to be perfectly in place. So much so that I wasn’t doing even the FIRST thing that felt true … which was telling you about it.

I’m taking bookings for discovery calls for PR pros who are looking for really hands-on guidance in turbocharging their careers, whether they’re in-house, at agencies or independent – just like I did.

I’m really excited about it because I can’t think of a better way to pay it forward than to help someone live an abundant life.

So if that sounds like you, I hope to see you on my calendar soon.

Because the only way to make your dreams happen is to take the first step.