Beyond Press Releases: Using Stories to Land Your Organization on the Front Page

“Doors that Manuel Rosado never knew existed are now opening to him.”

Compelling stories are memorable and can trigger powerful emotions in potential customers and donors. For Manuel Rosado, The Philadelphia Inquirer profiled his journey from drop-out to valedictorian, resulting in a donor stepping forward to pay his entire college tuition. The feature story also illustrated how the Philadelphia Education Fund helps underserved kids transition to college, raising the nonprofit’s profile prior to their annual Eddy Awards and end-of-year fundraising campaign.

Whether you’re publicizing a fundraiser, milestone or new service, stories can help to drive your organization beyond the business briefs and closer to the front page. Here are some tips on getting your story noticed:

While there is no one-size-fits-all formula, below are some potential angles:

A personal connection to the event or issue:

Arrange to talk with any potential interviewees. In person is best, phone is okay, but email rarely works. Ask open-ended questions that will help you to understand what motivates the interviewee and how they achieved (or are in the process of achieving) their goal:

“If you’re writing about seeing a snake at a picnic, for gosh sake, start with the snake. Don’t start with fixing the sandwiches,” says communications coach Ann Wylie. In a similar fashion, feature a compelling moment in your pitch. Here are some examples:

Sooner or later, your organization will need to reach out to the media. By telling a story, you can drive greater visibility and a more memorable article that will help to push your organization to the front and center of (positive) attention. 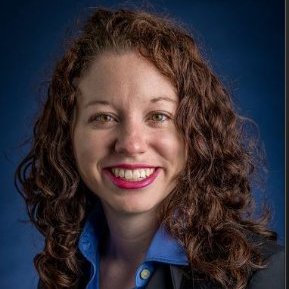 Elaine Hughes is a former news reporter who takes a journalistic approach to marketing. She loves chocolate, and hiking in the mountains. You can connect with her via Twitter.