Dear CEO: I’m Right Here But You Don’t See Me

This is a bit of a different post today.

It begins with a letter. 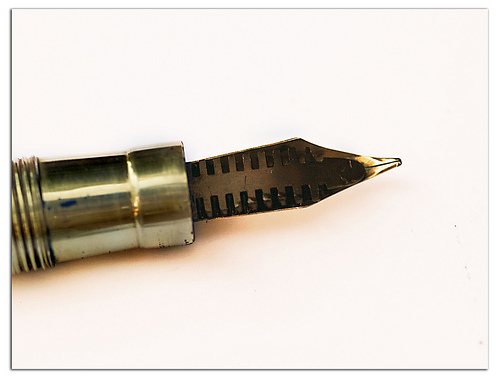 I know you’re happy at the recent, positive, publicity for your organization that your PR team has been generating.

And I know you’re hoping that this will translate into a more profitable bottom line for the company.

But remember when you asked me, “What is the most important audience for us to reach in order to spread our message?”

I hate to break it to you, but there’s an extremely important audience you’ve been ignoring while you’ve focused on what everyone outside the organization is thinking and saying.

And that audience is your employees.

Do you remember when your senior staff put together an employee wine and cheese event to celebrate that particularly big win?

And other than the wine and cheese (which is always nice), what I remember most about it is how clear it was that your employees idolize you; to the point where, when you finally made one of your rare speeches, their eyes shone as if they’d just heard the Sermon on the Mount.

No disrespect to you, but I think you’ll agree you’re no JC … which made their reaction all the more remarkable.

You know what else I remember about that evening?

That, as much as they were thrilled to hear from you, they were shy about approaching you, though they clearly wanted to.

That, as much as they were moved by the eloquence of your words, they whispered””to others as well as to me””how they wished they could hear from you more.

This made me sad.

Sad that the outward perception of the organization is more important to you than that of those who make it what it is, by coming to work every day, doing what you’ve charted as their function in order to make the business succeed.

Sad that you let your board meetings and Gala events crowd your calendar to such an extent that they take priority over getting to know your employees, and keeping them abreast of what’s going on, on a more regular basis.

Sad that you are so uncomfortable talking to the people who make your business tick, that you see it as a chore, deferring it to one or more of your senior staff members, when really, your employees want to hear from you.

Not your COO, not your CFO””you.

You see, your employees are your most important audience.

I’m not denying the value of good publicity; far from it.

But have you stopped to consider that when you are constantly communicating with your employees, sharing the good and the bad honestly, giving them a behind-the-scenes look at what’s going on in other departments and with the business overall, that they could be your secret weapon, the best way to grow your community?

I get that you can’t talk one-on-one to every single one of your employees day in and day out.

That’s why you have an organizational structure and chart, after all.

But if you””not anyone else, you””take a little more time out of your day, week, month, to get to know them, to tell them what’s going on, their trust in you will grow.

And when the inevitable crisis hits (as it undoubtedly will) you’ll find you don’t just have employees at your side, you’ll have an army ready to do battle for you and get the company back on its feet.

Now, you tell me. What amount of good publicity can buy you that?

This isn’t a “real” letter I’ve written to a CEO, though it draws strongly from past experience in more than one organization.

It’s part of an ebook called “Dear CEO: Letters to the C-Suite from Experts on Vision, Culture, Community, and Integration.”

The letters contain the thoughts and advice we’d give the C-suite if we could, in the areas mentioned in the book’s title.

… and the entire project was spearheaded by Gini Dietrich.

A veritable who’s who of our biz today, right?

So when Gini asked if I would contribute to it, you could’ve knocked me over with a feather.

You probably think I’m getting all gushy and mushy

because my letter is included in it.

I mean, that’s only the polite thing to do, right?

I was really touched when Gini asked me to participate, because while I have some notoriety, I’m certainly not in the same league as some of these folks.

So let me say it again: cor blimey!

When I received the final ebook, I was curious to see what everyone else had come up with.

And I thought it was a great read. Really.

Now, obviously, we all had an advantage here.

We were all writing letters to an imaginary CEO, so some of us were able to be perhaps a bit more blunt and direct than we might have to be in real life.

But isn’t that a great exercise in and of itself?

As I said earlier, I drew heavily on past experience when I wrote my letter, down to the wine and cheese event.

Because while I am not an employee communication specialist, I feel very strongly about building community from within.

Which means no matter how great your external relations efforts might be, your efforts at communicating internally have to be equally good.

I have, as a matter of fact, said something pretty close to this letter to a certain CEO.

(Alas, it only worked for a short period of time. Maybe I should send that CEO the ebook to see if it makes a difference.)

Now, I think what’s great about an exercise like this

is that it allows one to frame one’s thoughts, and refine one’s approach.

So that if the moment comes, one can seize the opportunity, knowing one is prepared.

And thanks to Gini’s generosity, I’m able to pay the exercise forward.

If you like the concept of the book, will you share – in the comments below – what you would say to a CEO if you had the opportunity?

What words of wisdom would you pass on?

Or what frustrations would you – gently – vent?

In other words, what would your letter to the CEO be?

I have 10 copies of the ebook – which otherwise costs $40 – to give away (earlier I was holding five for another place to give ’em away, but WUL is better, right?), and I’ll give ’em to the folks whose “letters” resonate the most with me.

You don’t have to write an epic, but do share what you’d say – or have been dying to say – if given the opportunity.

And if you win the ebook, I’m pretty sure you will find the letters not just a good read, but thought-provoking as well.

Not to mention a great addition to your library.

What is your letter to the CEO?