In Public Relations, The Customer Is Your Media 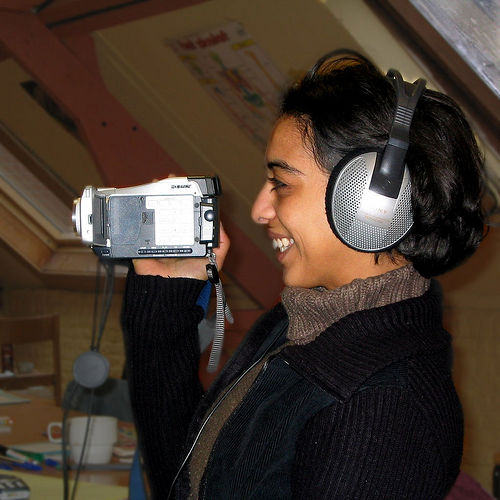 If you’re a public relations professional (or business owner) fixated on getting that One Big Media Hit (Oprah, anyone?), consider this instead:

The customer is your media.

Repeat after me: the customer is your media.

I’ve written before about how good customer service is the best kind of PR.

And so have many other people.

Because if we leave reaching and motivating customers directly out of our strategy, we’re going to be putting the proverbial eggs all in one basket.

And when that basket takes a tumble – as it invariably will – we’ll be left with a mess of broken eggs that we won’t even be able to make an omelet out of.

Here are two stories; they’re stories I’ve told before, but I want to look at them in the context of the premise of this post.

First: the shoes have it

Remember when I told you about my experience with Eidia Lush?

(No, I’m not going to launch into ecstasies over how great those shoes are again, even though they are.)

If you haven’t read the post yet, the short version is:

What people like Dan Gordon, the fourth-generation owner of Oklahoma City-based Samuel Gordon Jewelers, are doing really well is getting customers to tell their stories.

Thanks, Dan, for allowing me to use this image of you with your iPhone.

I’ve written about Dan before as well, and his story has also made it into my file of case studies.

Again, long story short, even though SGJ has dramatically reduced its marketing spend over the last few years, it has seen revenue rise equally dramatically.

And Dan – not I, but Dan – credits this to social.

As I said earlier:

I’ve written before about how public relations is really about telling your story.

And what people like Dan and SGJ are doing is using social to break the mold of traditional PR and take it several steps further.

They’re not just telling their own stories well.

They’re doing such a good job of it, that they’re getting their customers and community to tell their stories for them.

When I told his story at GrowSmartBiz 2010, one of my favorite responses was from Vanessa French, when she said, “What a terrific story.”

Stories are all very well

… but what is this “customer is your media” thing?

One of our goals as public relations professionals is to generate awareness for our clients (or organizations), right?

But it’s not the only goal. And it certainly doesn’t – or shouldn’t – stop there.

Awareness is the first step. But what is the point of it?

What do we want the organization’s stakeholders to do?

So it all comes down to this: what do we want people to do?

Which means we need to embark upon our PR strategies with the end in sight, not work up to them.

When we recognize that customers are an integral part of our outreach, we:

1. Build relationships with them directly, and this is one of the most dramatic impacts that social has had on our work over the last few years. 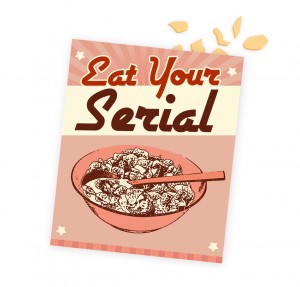 Whether it’s Facebook, Twitter, a blog, an online community, you name it – we can reach them directly.

We don’t have to depend on traditional media to do so.

And when we do so, we are increasing the chances that they will feel better about our brands, our clients, our products, and get to the point where they’ll take the actions that will benefit our businesses.

2. Get the media more interested when they otherwise might not have been, simply because they didn’t know about you.

After I wrote the BNET post on Samuel Gordon Jewelers, you know what happened?

That story generated enough interest to get them a story (and video) on MSN’s Business on Main (and I know this because Dan told me so), and more recently profiled on Portfolio.com.

But that fact that SGJ was profiled in a respected online property certainly didn’t hurt either.

3. Literally, the customer is your media.

I don’t get paid to write for BNET, but I like to do it anyway. No Huffington Post-style buyer’s remorse for me.

And even though I’m not a “real” media person, I defy anyone to tell me that BNET isn’t.

This is one of the most interesting things about the new media landscape: that literally anyone – anyone! – could post that one update, send out that one tweet, write that one blog post, that would move our PR strategy forward.

So why on earth wouldn’t we consider making those “anyones” we’re ultimately trying to reach part of our plan from the get-go?

This is also another reason it pays to be polite to everyone, because if you’re an ass clown to your UPS driver, chances are he will say, “Nuh uh” when he wins the lottery and you go begging to him to make a donation for that nonprofit organization you’ve been dreaming of launching.

I’m not telling you to ignore traditional media.

I think traditional media still has an extremely important role to play, particularly in light of the comparative trust it still commands over new media.

But you and I would be complete ass clowns if we made “the media” the sole focus of our efforts, forgetting why we wanted to reach them in the first place.

Which is to reach our audience, our end-users, our customers, our stakeholders.

And on that happy note, I leave you with a neat video of my presentation at What’s Next DC that Green Buzz Agency put together for me – thank you, GBA! – which elaborates a little more.

No, I’m not being egotistical. I said neat video, not neat presentation. Sheesh.

It’s just under 15 minutes; so not a huge time investment for you.

What have your experiences been in incorporating customers into your outreach? Lessons learned? Do share, I’d love to know.