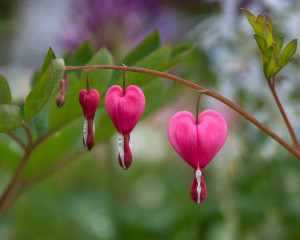 Seeing as how Valentine’s Day is around the corner, the Birdie and I thought we’d focus this edition of the Monday Roundup on seven people who contribute extensively to the practice of PR today (in some cases, indirectly). So I’m taking advantage of WUL to shine the social media spotlight on them. If you don’t know them, check them out, and start learning from/talking to them. If you do know them, well then, leave them a pat on the back below!

Side note: it may or may not be slightly problematic that the Birdie is starting to tell me what to do… but I should have thought of that before creating her.

If you haunt any of the PR hashtags on Twitter, chances are you’ve come across Jodi. She’s been active in SM since the early days, and I finally got to meet her in person at the SoloPR Summit last year. What you may not know about Jodi is that she is a kick-a$$ business owner, and has been for many years. So while you should absolutely follow her for PR-related nuggets, you could also learn a lot from her on growing a business, should you be in that camp.

I got to know Adam several years ago through social media, and then encountered him and His Lovely Wife (he doesn’t capitalize it, I do) in Orlando not long thereafter. What impresses me about Adam is not just his kindness and work ethic, but how committed he is to sterling customer service. That has a huge impact on PR, so if you don’t already know him, check out his blog and podcast at Customers That Stick. And definitely sign up for his newsletter, it’s a great way to start your week.

By her own admission, Bess isn’t (yet) a social media butterfly, but this lady has a resume that packs quite a punch. I had the pleasure of speaking on a panel with her last week, and was blown away by not just how smart she is, but how impressive she is as a speaker. Bess recently launched her The Winston Agency, and if I were you, I’d keep on eye on what she’s doing, where she’s going, and what she’s saying.

I was trying to find a nice way of saying “Ken’s been around a long time,” but couldn’t. So I figured I’d just come out and say it. The thing is, in his case I really mean it as a compliment, because there are not a lot of folk who can not just exist in an industry, but excel in it, for 25 years. His new company, Jacobs Executive Coaching, focuses on teaching agency executives and leaders how to lead (sounds easy, but it isn’t). He is ardently dedicated to the betterment of the industry, and is one of the nicest people I know.

Kristie isn’t exactly an “unknown,” but I don’t think she gets as much of the social spotlight as she deserves. Also someone I’ve interacted with online for years and met at the 2014 SoloPR Summit, she’s rock solid in her approach to PR and measurement. Who could resist that? I’m still chortling at her “people who get measurement get called BOSS” line from last week’s #measurePR chat!

A5: what do you call a PR pro with math skills? Answer: Boss. #measurepr

Joel keeps a fairly low profile on Twitter, but comes up with all sorts of goodies in a Facebook group we both belong to. He’s been around both sides of the block (he’s been a reporter and worked for Gateway Computers, remember them? My first laptop was a Gateway, and I loved it!) and knows what he’s talking about. In fact, he’s one of the people who spends far more time actually working in social as opposed to just talking about it. Plus he skies and scuba dives, so I’m a little scared of him.

Lorraine is just one of the loveliest people I’ve come across. I met her at the SoloPR Summit, then at an engagement in Cleveland. She has a clarity and honesty of purpose that may not be rare as such, but it is rare when people aren’t afraid of showing it. In addition to founding and running Prosper for Purpose, she also has a vintage clothing store on Etsy, so I know where I’ll be spending my free time.

Why don’t we start a #payitforward chain, by shining the light on people who deserve it, but perhaps don’t get as much of it as they should? Please tell me who you’d like to give a shout-out to via a comment (or several) below, and let’s start getting to know them. Ready? Go!