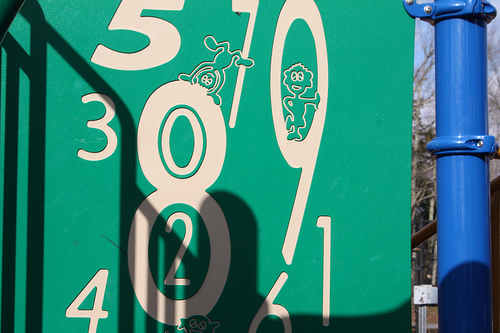 There are many competent, successful business owners who are afraid of numbers. Yet, numbers are what help you to understand the impact of different tactics.

While you may be enamored with a wonderful strategy, if you can’t measure its impact, you can’t justify using it. Tracking growth by using numerical metrics can be a huge hurdle for some creative-minded leaders. In this post you will find some planning and goal-setting methods to help judge the impact of your marketing and PR efforts.

When setting up a campaign, you generally want to follow these five steps:

2. Determine how you will measure the goal – what defines success?

3. Outline your strategy – make sure it fits the goal

4. Figure out how to track – we all like likes, but do they translate to sales?

Sure, you may say, those five steps make sense, but what does it look like in reality? Check out the following scenario to see how you can use the metrics to judge the impact of your marketing scheme.

Putting the basics into action

You’ve been running a small store in the city for a year or so and want to increase sales through a coupon campaign. At this point, you should have the sales figures for the same period from the year before to measure the success of your campaign against. First, identify where you want to distribute the coupons. Ideally, these locations will be places your target demographic congregates, such as coffee shops, churches, restaurants, etc.

However, before you print out a bunch of coupons and drop them off, you want to make sure that each coupon has an individual number or grouping, so that you can track exactly where each redeemed coupon has come from. The coffee shop may be group A, the record store group B, and so on.

Next, record how much money each group spends when they redeem your coupon. Let’s say you get 100 customers from group A and 35 from group B, but group B’s purchases are twice that of group A’s. With a simple tracking metric, you’ve gained an incredible amount of information about your customers and their habits. Next time, you can tailor your coupons to each location, taking advantage of your tracking metrics from the last campaign.

The follow through analysis is essential to judging the efficacy of any plan.

Once your promotion is over, you need to:

1. Calculate the cost per customer. All marketing related costs, such as advertisement and print costs, should be recorded separately and tallied up at the end. Then divide this total by the total number of customers who took advantage of the promotion. So if you spent $250 on printing 8,000 targeted fliers, which were used by 1,250 people, that becomes a very profitable $.20 a person. The amount you spend is dependent on your industry – do some research to understand what you should be spending.

2. Compare new customers to new customers acquired through your marketing scheme. In other words, you have to identify not only those who were influenced by your efforts, but those who had no interaction with the campaign. If a targeted marketing campaign isn’t actually attracting a majority of your customers, try to identify other factors that may have played a role.

3. File all data in an easily accessible manner, whether a spreadsheet or some other method. You’ll need to use this date in the future to form the basis of follow-up marketing campaigns.

Look out for traps.

There are a few things to be on the lookout for while running your measurements – it’d be awful to go through the trouble of measuring things only to find out that there was something throwing off the accuracy the whole time.  While you’re running your numbers, be sure to:

1. Eliminate competing possibilities. If you’re running six marketing campaigns at once, it can be impossible to tell what’s creating an impact. Similarly, if you’re an ice cream store and you’re trying to increase sales, make sure your sales are increasing against the same time period last year – July’s sales should be higher than January’s, so don’t compare apples to oranges.

2. Don’t get hung up on failure. If you go through the trouble of using metrics to track your undertakings and they ultimately tell you that your campaign didn’t work, that is incredibly useful knowledge. Now you won’t waste time in the future. Rather than being blissfully unaware of its impact (or lack thereof), be honest about what happened.

3. Don’t throw the baby out with the bathwater. As an addendum to the above-mentioned point, identify where the weak points were in your strategy and see if they can be corrected. Look for the strong points of a weak strategy and emphasize the next time around.

Ultimately, numbers aren’t something to be afraid of. If understood and used correctly, they can be of immeasurable help to understanding the impact of your campaigns.  Use these straightforward tips to start making numbers work for you.

Angie Picardo is a recent UC Berkeley graduate. She is Head of Content Development and a financial analyst for NerdWallet.com, a personal finance website that empowers consumers to make better decisions about their personal finances, travel plans, or higher education. Her mission is to help consumers stay financially savvy by helping them compare cd rates.