Smear Tactics: Great for BBQ, but PR? Not So Much 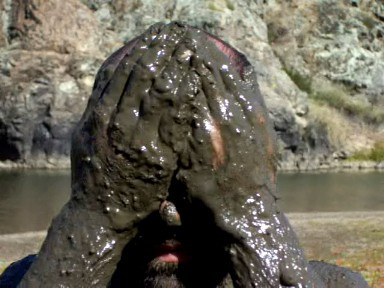 I remember the foul quite clearly. It was a Saturday morning and your Grinnell Tigers 8th Grade Boys “B” team was playing its hated rival, the South Tama Trojans.

It was early in the 3rd quarter and the hero of this tale, yours truly, had just been called for a foul, and was protesting under his breath (because I didn’t want a technical. Though I’m not sure those are even legal to give in 8th Grade boys’ “B” team basketball. I digress).

I had just been MAULED by an opposing player; MAULED, I TELL YOU, and had retaliated by slapping at the ball that had been stolen from me. See what happened there? No? Let me explain.

I saw something that I believed to be wrong; my arm nearly being ripped off (perhaps I’m being dramatic…). When I tried to do something about it, I’m the one who got in trouble. In other words, it wasn’t the instigator that got caught, it was the retaliatory action.

A couple of days ago, The Daily Beast broke a story about Facebook spreading a smear campaign against Google. According to the article, Mark Zuckerberg and his team hired Burson-Marsteller, a well-known public relations firm, to plant negative stories accusing Google of being careless with Gmail users privacy.

Here’s what The Daily Beast had to say about this, as they call it, “skirmish”:

“At issue in this latest skirmish is a Google tool called Social Circle, which lets people with Gmail accounts see information not only about their friends but also about the friends of their friends, which Google calls ‘secondary connections.’ Burson, in its pitch to journalists, claimed Social Circle was ‘designed to scrape private data and build deeply personal dossiers on millions of users””in a direct and flagrant violation of [Google’s] agreement with the FTC.’

“Also from Burson: ‘The American people must be made aware of the now immediate intrusions into their deeply personal lives Google is cataloging and broadcasting every minute of every day””without their permission.’ “

Engadget sums up Facebook’s intentions very well, saying its two motives are genuine concern for the privacy of users, and that some of the data collected came from Facebook.

Facebook is upset that Google might be getting info from some of its users, so what does it do? Strike back, of course. The bottom line in all of this is that Google comes out looking great here. It doesn’t matter what privacy concerns Facebook has with Social Circle because any credibility it had about privacy (and I’m not sure it actually has any credibility in that area) is out the window because it decided to sling mud.

By no means does that mean a respected PR firm is off the hook. Burson should have counseled Facebook against this rash decision (and after all this came to light, said as much) instead of airing its concerns with the Facebook name behind it.

If Burson and Facebook would have simply been upfront with their reasons behind wanting to publish the stories, and the stories been informational as opposed to hit pieces, we’d be questioning Google’s motives with Social Circle. But that’s not what we’re doing.

If you’re reading this, you don’t need me to tell you Burson and Facebook made an incredibly boneheaded move here, doing some (at least in the short term) damage to both their reputations; though I think Burson is the one who really has egg on its face. A PR firm is supposed to dispense advice and promote tactics to spread a positive message about its clients, or useful information to better the community in some way.

Burson failed on both accounts here, and if I was their client I’d have questions for them about their ethics and what they truly believe in.