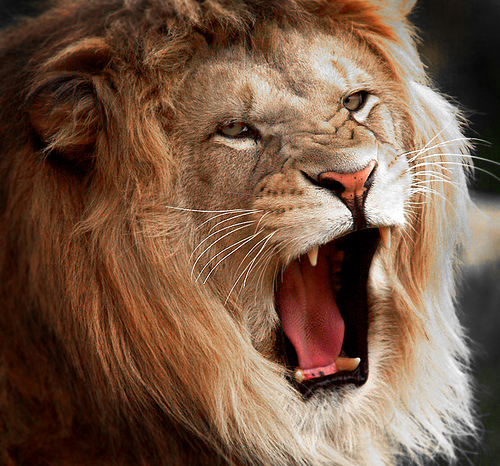 Well, we had some fun this past week, didn’t we? What with a ton of folk chiming in on who might or might not be a barfshiner, Ken Mueller and Heather Shinn Thomas coining the word “grouchiac” to denote the opposite, and my little rant about Cheetos and Chopsticks (Ken called me a “whiniac” for that, thanks, Ken), you gave me a lot of laughs, and I thank you for that.

Here are seven posts I found this week that I thought were great. Not from barfshiners or grouchiacs, but real posts from real people, so somewhere in between. Which is just the way I like my blog reading and social media activity to be.

1. Rumblings from the Lion’s Den: April 2011 Edition, by Marcus Sheridan aka “Mufasa” aka The Sales Lion.

Why: this is a great idea for a post. I wish I’d thought of it first.

2. When “friends” fall out over “dirty tricks,” by Paul Seaman.

Why: while I do think Burson-Marsteller’s conduct in the Facebook/Google hoopla was pretty egregious (did you see Matt LaCasse’s guest post about it?), Paul points out that the media’s outrage is “bluster.” Just as much as they hold us accountable, we should hold them accountable as well.

3. You work in Social Media – Shut up. Sit down. Love Life! by Chuck Hemann.

Why: talk about keeping it real. You go, Chuck.

4. Facebook doesn’t care if you like how they do business, period, by Frank Reed for Marketing Pilgrim.

Why: though this was written a couple of days before the drama completely unfolded (if that unfolding is complete, who knows what else we’ll learn in the days to come), Frank makes a great point about much of the outrage taking place within a bubble. Yes, that’s the bubble that you and I live in.

5. Does your blog banter? by Jayme Soulati.

Why: it’s only recently that people have started bantering here on WUL. It’s not going to happen on every post, but it’s great fun when it does.

Why: Jeff wrote this post before the deal was official. You may know him as the founder of 140Conf, but he was also the co-founder of Vonage way before that. So he really has perspective on all this stuff.

7. The growing need for a tact counselor, by Justin Goldsborough.

Why: like Justin said, I too thought we were done having this conversation, but apparently some people still need to be reminded about what does/doesn’t work in online behavior.

What were some of your favorite posts this week?