I can say with confidence

that I would prefer to be beaten about the head and shoulders with a block of hardened, aged, Gouda,

than to watch “Jersey Shore.”

And yet, I feel like I want to write a lengthy rant, mocking her and the show, because of my perceptions.

That would be unfair.

It was announced that Snooki would be speaking at a major college on the East Coast. She was to receive $32,000.

I applaud her for getting the gig.

Toni Morrison, the first black woman to win the Nobel Prize in literature, will also speak. She will receive $30,000.

I have not read anything by Toni Morrison, so I know as much about her as I do Snooki.

Shall we take a look at the two of them?

“If there’s a book that you want to read, but it hasn’t been written yet, then you must write it.”

I love that quote. It makes me want to read more of her work.

“Everybody Google it, because that’s why the water is salty. Fucking whale sperm.”

I am not a marine biologist, but I think she may have been misinformed.

I must admit, though, I didn’t Google it, so I reserve judgment.

(I hate that Microsoft Word won’t recognize ‘google’ as a verb. Stupid squiggly lines of judgment. I digress.)

“At some point in life the world’s beauty becomes enough. You don’t need to photograph, paint, or even remember it. It is enough.”

I am a photographer, so I can’t imagine NOT photographing it, but I suspect she is right.

It is a fine quote regardless, and speaks to me.

Rachael Maddow and Glenn Beck can suck it!

This is the sort of in-depth political analysis this country needs, to drag us out of this terrible recession and help us choose our leaders.

“As you enter positions of trust and power, dream a little before you think.”

This seems wise beyond my ability to comprehend.

My gut tells me it is genius, but I suspect that only the Dalai Lama can truly appreciate the quote.

I am sure there are layers and layers to this simple idea. Well done, Toni.

“I don’t eat friggin’ lobster or anything like that. Because they’re alive when you kill it.”

Still, the point goes to Toni.

A solid entry; clearly Toni can tell that Snooki is on the ropes.

Did she pull her punch?

“Even though we’re tiny bitches I don’t give a shit. I will fucking attack you like a squirrel monkey.”

I didn’t see that one coming, but I laughed.

“Monkey” is always a funny word.

“Along with the idea of romantic love, she was introduced to another – physical beauty. Probably the most destructive ideas in the history of human thought. Both originated in envy, thrived in insecurity, and ended in disillusion.”

Now I can see why she won a Noble prize. That is some fine wordsmithing.

Let’s see what Snooki has to say in response.

It was a surprisingly close match, but in the end Toni won 3-2.

Toni Morrison is a national treasure. Snooki is not.

There isn’t a scorecard in the galaxy that would read 3-2.

I made it close to keep you reading, and for that I apologize.

Ms. Morrison won a Nobel Prize for Literature; do I need to say it again?

I won’t mention the school that deemed Snooki to be $2,000 dollars more valuable than Ms. Morrison.

Nor will I bash Snooki further, as I would gladly take the money too.

I will, however, berate the dregs of society who decided to place a greater value on Snooki than Toni Morrison.

I am sure the students thought it was great, because they are the generation who made Snooki, in their own image.

I hope Toni takes her Nobel Prize, melts it down, and fashions a club for beating the stupid out of the student body.

Or at the very least, goes squirrel monkey on them. 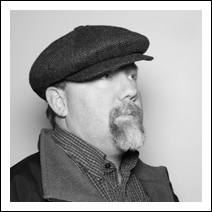 Brian Meeks used to make his living in the virtual world of Second Life, where he built spaces for corporate clients under the name Ecocandle Riel. When the economy went south, he turned to Social Media and does this to feed and clothe himself.  In his free time, he does… well… social media… and publishes the blog Extremely Average. He can be reached by email at ExtremelyAverageOne (a) gmail (dot) com, or by carrier pigeon at the house with the big tree out front. You can also connect with him on  Twitter.