I like studying results-based information from social media experts. Much of it is fascinating and useful.

But I’ve noticed a tendency among some to repeat behavior I saw early in my career in paid media: act as if tracking to the bottom line – especially where social media measurement is concerned – is pointless or impossible.

In fact, at one time, many marketers (and creatives in particular) claimed that treating marketing as a science would kill the art.

Generations of craftsmen were taught that the biggest benefits of great campaigns couldn’t be measured.

In my book, Optimarketing: Marketing Optimization to Electrify Your Business, I talk about a lesson we learned shortly after grown-ups were allowed on Facebook (before so-called fan pages even existed). We formed a group called “What I Saw at the Direct Marketing Revolution” and began having discussions that weren’t really available anywhere else.

Within several months, our marketing agency tracked two new clients directly from the group. These were people who weren’t previously in our database. They joined the group, participated in discussions, got to know me and my marketing agency, and decided, when they needed help, to give us a go.

It was social media monetization before it was cool. And the math was fairly easy.

Now, I suspect some of you may say something like, “Robert, calculating ROI in these cases isn’t always so easy.” I agree.

In a significant percentage of instances, it’s difficult or impossible to track customers back to their original sources. But not being able to track everything doesn’t mean it’s not worthwhile to track what you can.

At times we’ve been able to make important media decisions when about two-thirds of customers could be accurately tracked back to original sources. Some relationships will originate in social media; in other cases, social media will get an “assist.” Even a 50% rate of successful tracking could be valuable.

The difference between being in the dark on the ROI of customer acquisition sources and illuminating a sizable chunk could be substantial in bottom line terms.

A potential downside of tracking customers back to original sources and running an ROI calculation: some executives outside marketing may expect all marketing to be calculated to that level. In these cases, it’s best to treat colleagues as grown-ups and educate them on what is and isn’t reasonable or possible.

It’s easier for marketing programs to be fully funded when the executives responsible for approving budgets believe every attempt is being made to make the most of available funds. As the clichÃ© goes, “You can’t manage what you can’t measure.”

Measure what you can – right to the bottom line. 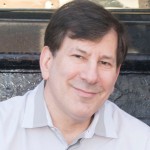