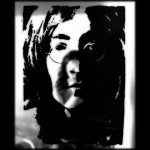 Shortly after, I was marched into the office of one of the VPs (I was an Account Supervisor at the time), for a chat.

Have you read Roald Dahl’s The Witches?

Sugar and spice on the outside but nasty as nails on the inside. Which, of course, witches don’t have.

I was asked a question I will never forget.

I was so taken aback that I actually gulped.

When I recovered, of course I said “strategist,” because it sounded way more cool and highfalutin than “tactician.”

And I quashed my queasy stomach and started working on the account. Which I found, later, that I really enjoyed… so the Witch did me a huge favor by pulling off the gloves.

That has remained with me to this day.

What I’ve come to realize is, while there is absolutely nothing wrong with being a tactician – and, in fact, I think it’s essential to understand and excel at the tactics of our business – if we want to get anywhere, we need to be able to look at the bigger picture.

Which means becoming a strategist.

I was pleasantly stunned by the reaction to my post the other day on what I perceive as the problem with PR. I don’t rant all that often (publicly… do I?), but this was something I needed to get off my chest.

So I decided to go for it.

The comments are quite extraordinary and, if you haven’t yet, I do hope you’ll take a look and continue the conversation.

What originally sparked the rant, as I mentioned, was the now infamous (to me) Mashable article on “the future of PR and social media.”

When it was published, I had to re-read it several times, rub my eyes, and pinch myself before I could take to my keyboard to type a response – which I typically don’t do with posts on Mashable and its ilk, because how many times do they actually respond?

I won’t repeat what I wrote there.

But it did spur me to ask a few of the folks whose PR acumen I respect – and I stress few, because there are many, many more smart PR people I’m connected to who I either didn’t think to ask in the moment, or didn’t think would respond – what their opinion of the future of PR is.

Here are their responses.

We seem to forget that public relations is more than media relations as, in many ways, it’s the easiest to talk about and easiest to understand. However, as a professional, I know much of my time is spent in counseling, community relations or development.

Everyone’s talking about how public relations has changed and is changing. Really? Cutlip and Center in their well-used text, Effective Public Relations, defined public relations as “the management function that establishes and maintains mutually beneficial relationships between an organization and the publics on which its success and failure depends.” That definition still holds true today.

The tools we use for planning, the tactics and the measurement we use might be changing, but I would argue that the basic core principles remain the same.

Most people outside of PR and Corporate Communications only see these professionals through the press release.

In other cases, as you well know, they become the “spin doctors” when required to step up and represent the organization through an approved legal message (i.e. BP). In the end a good public relations professional is almost invisible to the general public, utilizing their talent to promote, support and train effective spokespersons. Their focus on forging relations with the media, traditional and social, uncovers opportunities for win-win scenarios.

The fact that this profession has embraced and continues to innovate using social media to revive the “public” in public relations is refreshing and much needed. The profession continues to move in a positive direction when it comes to measurement, albeit at varying speeds, demonstrating that public relations plays a significant role in corporate reputation, brand recognition and in the best cases, contributing to the bottom line.

The “future for PR and social media:” well, that is easy. The two are made for one another. We have never had an easier way to reach out to the public so directly and immediately. A solid, effective social media program within an organization must, at the very least, incorporate public relations, customer service and marketing. Depending on the organization, and its primary goals, the leader of that group should be one or another group, but public relations is essential in all cases.

A frustrating piece indeed. A tired old theme that I’m tired of countering. News releases don’t equate to media relations let alone PR. It’s a trivializing/marginalizing 1880’s view and it’s a shame to have it perpetuated.

However extensive the author’s research, I have the sense that she asked about the future of press releases, not the future of PR. She also may have positioned her questions to accentuate the role of social media (would make sense for Mashable, no?) … The nosebleed piece is disturbingly narrow, ignoring issues management, reputation, and employee communication, not to mention community relations and CSR.

It doesn’t surprise me, however, anymore than [a commenter’s] view that “fluff, hype and spin” are synonymous with PR.

SB: as you may have seen from Jeff Esposito’s response to my earlier post, Sean’s sense was spot on.

Social Media is not just changing the tools used by public relations practitioners, but is also helping to change the way that the profession approaches the marketplace.

This is largely because the marketplace is demanding a more human voice, and the smart people in public relations are responding to that expectation. Tools, like the SMPR, Twitter, Facebook and even blogs, are secondary to that goal.

The tools make it possible to truly have a two-way conversation with the marketplace about a product or an idea. Admittedly, this was much harder in the pre-social era.

However, what is said in those exchanges should be judged on their content versus the mere fact that a public relations program or campaign is using a tool. What you do with these tools is the real magic of public relations. And just like in historic eras (some might say prehistoric, though it was only about five years ago), some do this better than others.

The future is the past, true relationships with the community. The return of the ombudsperson continues!

I have to be honest, I have largely withdrawn from debating about PR and what it is and even blogging about it because I feel like it has become a dog chasing its own tail  year after year. To me, it’s best to lead by example and move the industry forward by being better.

Although the new PR tools and advanced technology will facilitate great conversations between our brands and their stakeholders, the real value for us as communications professionals is the tremendous opportunity to engage in conversations and to become the people we want to reach.

It’s our ability to be influencers (PR champions who are creators of media) and to educate our brands on how build even better relationships through a new collaborative approach.

As we accept new responsibilities our roles will include working with other areas of marketing, as well as different departments within our companies to guide strategic communication (IT, sales, customer service, HR, Legal, etc.).

We are now required to move outside of our own realm, because social media moves across an organization, to coordinate more closely with other members of the company.

As a result, we need to incorporate the best of our traditional past (great communication skills, relationship building tactics, strong ethics, an emphasis on accountability and measurement, etc.) to grow and excel in our careers as well as to propel our industry forward.

Yes, we’ll experiment with and experience new tools such as Social Media Releases (SMRs) and learn the best ways to engage on new platforms (perhaps it’s Foursquare today but it will be something different tomorrow).

However, our passion to learn, change and grow secures the future of PR, and social media is poised to be a large part of that future.

PR is so much more than the press release, it becomes exhausting trying to defend what we do!

I believe the press release will always evolve and serve its own purpose, and should, given modern communications.

But the press release to the best PR people is a like that last drink at the bar… you really didn’t need it to get the job done.

Lots of food for thought here, and I thought Geoff’s and Alan’s comments were particularly of note.

But much as I’d like to stop ranting about stuff like this, what’s apparent to me is that leading by example sometimes isn’t enough.

Otherwise why would a respected trade like PRWeek send out “breaking news” email alerts when a corp. comm. honcho switches jobs? (You may have to log in to read the article.)

I thought that was reserved for, oh, I don’t know, calamitous events such as terrorist attacks, earthquakes, oil spills, tsunamis and the like.

Someone making more money (I’d hope) at a new job is not breaking news, unless it’s Barack Obama.

Walking through the glass

If we are serious about going through the looking glass and not ending up at the bottom of a rabbit’s hole, public relations must get serious about:

asking the right questions at the right time, no matter where one hangs on the PR ladder

being business counsel and not nesting where it’s cozy.

we’ll still be having this same conversation decades from now.

What do you think the real future of public relations is? What do we need to do to effect that change?