What’s the ROI of Training Rides? 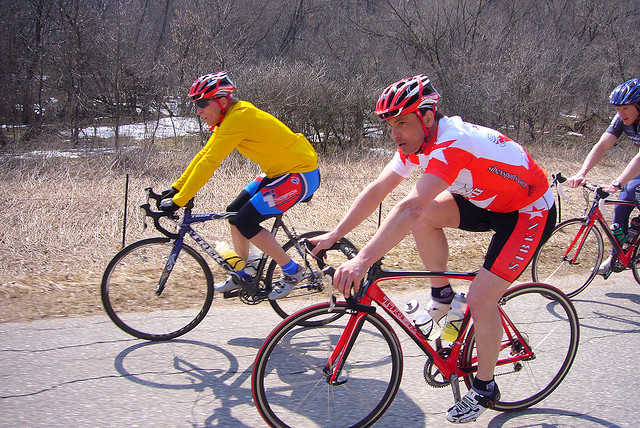 ROI (a.k.a. return on investment) is important.

But it’s oft-derided in digital circles.

If it is not doing anything positive, you’ll move it somewhere else.

The same goes for investments of time and effort. If, say, you’re an entrepreneur and you put YOUR time and effort into a Facebook page, you want to know if it’s doing something good for your business.

Most busy entrepreneurs are prone to asking, “Are my community building efforts on Facebook driving sales?” That’s a pretty good, if obvious, question.

In both cases, if our “busy entrepreneur” could show a causal relationship between Facebook activity and driving sales, reducing costs, or both, she’d be on the way to figuring out the partial ROI of her Facebook  activities.

Sometimes, though, an online community helps a business in a way that cannot be accurately measured by dollars, staff time, savings, etc.

In these instances, figuring out the precise ROI of social media becomes hard and highly inexact.

This, though, does not mean that online community building is stupid or a waste of time. Quite the contrary actually.

Let me give you an example.

A non-profit client is holding a two-day, 200 km+, cycling fundraiser. The event begins and ends in a large city, but attracts cyclists from around the entire region.

Participants must raise $2,500 to ride. In other words, for most people, this event requires real commitment and real planning in the areas of fundraising and training.

A small but significant percentage of people who register don’t end up riding in the main event because they a) do not raise $2,500 and b) are scared off by the distance (the event is marketed to “all” – not just hard core cyclists).

Typically, to overcome the second problem, internal resources are tapped to organize between one and three training rides in the big city.

The costs associated with these endeavors are primarily staff time: a staffer spends 4-5 hours planning the training ride, and on the actual day, 1-2 staff accompany the riders for between 2-4 hours.

Here is where it gets interesting:

The client has built a vibrant Facebook community for the event. Though the actual fan base is rather small, on-page engagement is going very well.

Ordinary participants, not the client, are generating large amounts of the total content on the page. Notably, they’ve really stepped it up on the training front.

Every weekend in the main city and outlying areas there are now at least 3-4 training rides. None involve the client’s staff.

These training rides have all come about organically, because the event has a platform that permits this to happen (a Facebook page).

A few things have happened as a result of this:

1. There are far more training rides than internal resources would otherwise permit.

To stage this many training rides under the guise of the event would have cost tons of money in staff time, and meant incurring major opportunity cost (however those were defined).

Yes, it is my assumption that more training enhances the sense of being able to go 200+ kms. If you accept this logic, then there is an interesting effect on the bottom line.

The moment someone says, “Screw it, 200 kms is too far” they tend to stop raising money. Thus there is a real, if inexact, correlation between “Feeling ready to go the distance,” and raising over and above the event minimum of $2,500.

3. Riders have met and befriended other riders.

Even a cursory qualitative analysis of the Facebook page indicates that these rider-driven training sessions have helped camaraderie and a sense of community amongst riders. These things both increase the likelihood a registered participant will ride in the main event.

Again, though, how much we don’t know, because measuring these variables in individuals is almost impossible.

4. Because more riders, in more places, are reaping the benefits of increased camaraderie and training, one can assume that at least some of them are talking up the event to others.

More involvement with the event – in the form of “helpful” interaction by non-staff led training rides – may mean positive WOM, which helps registrations and fundraising.

Not measurable with any real precision but still a pretty great thing.

We know this much:

All of the above benefits have arisen because the event has a presence on Facebook and put the time in to build a community there.

Of the above benefits, the only one remotely measurable in terms of ROI is #1.

You might try to survey the correlation between feeling ready to go the distance and actually riding in the main event (i.e. #2), but the factors that caused a rider to feel ready would be hard to discern and complex.

The point here is that, for this client, the ROI of increased training rides that have come about because of a vibrant Facebook community is hard to measure with REAL accuracy.

One can, however, see the obvious business value to these participant drive training rides that have emerged because of Facebook.

When we can, we need to rigorously measure the ROI of social media, as the initial link in this post suggests.

However, sometimes a degree of intuitive and qualitative understanding matters, and should factor into our thinking.

Hailing from Montreal,  Jackson Wightman wears a number of communication hats. He is Director of Communications for Causeforce, one of North America’s biggest producers of charity events. He is the Contributing Editor for Canada at PR Daily. Jackson blogs at on public relations, social media and communications at Proper Propaganda, which allows him to indulge a strange love of Communist art. And, finally, Jackson is also an entrepreneur; he co-owns a small retail business called FAIT ICI with his wife, where he  takes orders from his better half and sweeps floors a lot.