What a Duck Can Do For “Social” Media Relations 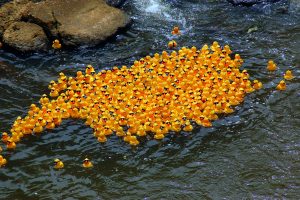 I’ve held on to a theory for a while now: Social media and media relations are a paradox. The former is new school, which allows you to control your message, and the latter is old school which gives you very little control, yet more credibility.

In today’s media landscape both are critical in public relations, but my theory begs the questions:

Can the old and the new be blended together, and (bigger question) can one help drive success for the other?

Allow me to present a case study, and you decide if my theory is valid.

Strategic America is a proud supporter of Youth Emergency Services and Shelter, a central Iowa nonprofit organization that serves kids that are at risk or sometimes homeless. This remarkable organization serves as a safe haven for the city’s most vulnerable youth.

For eight years, YESS has held an annual fundraiser that is increasingly becoming part of the fabric of the Des Moines community. The YESS Duck Derby, started in 2007, is held on the day of the annual Kentucky Derby. It is a race, but instead of thoroughbred horses, it features rubber ducks. The motto for the Duck Derby is “Adopt a Duck. Help a Child.”

For the past three years, Strategic America has supported the Duck Derby with media relations and social media. Each year we measure our success on whether YESS achieves its fundraising goal. That is a very important outcome because this is how YESS is able to keep its doors open.

However, this past year we wanted to go beyond simply looking at money raised, but also increase the public’s understanding of the Duck Derby’s purpose. Our new strategy was to educate the community that by adopting a rubber duck for as little as $5, they were truly helping a child.

That is where we started to get creative and blended what we do with our local media and how we can expand the reach using social media. We took the ducks and launched two strategies:

Show me a media personality who isn’t competitive. This event had a defined purpose in that each rubber duck needs to be tagged for the race. The strategy is to provide an opportunity for media celebrities to earn bragging rights and the honor of taking the winning duck out of the water at the race.

The winning celebrity was chosen by how much engagement they gained from their posts about the Duckathlon and the Duck Derby.

Dan Winters, anchor of NBC-affiliate WHO-TV, was the winner with highest level of engagement via Twitter and Facebook (he even updated his cover photo with an image of the actual race). Earned media coverage included a 60-second spot on WHO-TV, as well as mentions in the Des Moines Register and the highest rated FM radio station More 104.1.

What a Duck Can Do

We all know visual content is consumed faster and shared more often than text. In order to help educate the public on how duck adoptions help YESS, we created several infographics and videos that we posted throughout the months leading up to the race.

These elements did more than educate””they told a story.

That is probably why we saw far more engagement this year than we had seen over the past two years. Post-race results show that video views nearly doubled over last year alone.

Using the Social PR Virtuoso method of measurement, we were able to see that we exceeded our goals with social media reach and earned quality coverage from our media efforts. We are still waiting for final results from YESS to see if they reached their fundraising goal.

That said, my team came away from this with a new understanding about social media and media relations. Although they may function very differently, both require two critical elements for success ”” creative thinking and a good story to tell. 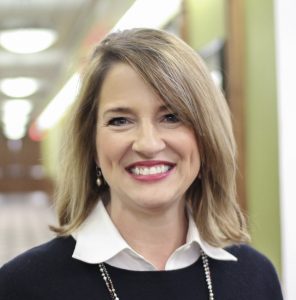 [Ed: Just like you, WUL is taking a holiday break. We’ll be back on Wednesday, June 1. Have a great weekend!]