Storytelling can be found in everything. Memories are made of stories. Good storylines imprint right into the minds of an audience, sometimes permanently.

That’s probably why the author of The Seven Basic Plots: Why We Tell Stories, Christopher Booker, argues that every story in film, literature, and mythology throughout time is based on one of seven great storylines.

A good fundraiser tells a story that easily evokes emotions and most importantly promotes actions.

As a person watches the storytelling of tons of nonprofits and individuals on a daily basis, I think it’s safe to say that the majority of their stories also fall in line with Christopher Booker’s notion. Below are three storylines that we as a fundraising platform see quite often.

*Conflict/Issue: Poaching has become a serious global issue with a high risk of ruining complete ecosystems

In “rags to riches,” a protagonist is trying to rise in the world, despite insurmountable obstacles. This is a very popular storyline with organizations that deal with overcoming poverty and homelessness. The protagonist sometimes has to lose it all to gain something even more valuable later on.

*Example: Back On My Feet is raising money to set up running clubs for homeless people in order to build confidence and dedication, with the hopes of taking those traits into the workforce

*Protagonist: Back On My Feet

*Conflict/Issue: Homeless people need to build confidence, dedication, and a feeling of accomplishment, in order to get themselves out of their current situation

In “the quest,” the protagonist has to undertake a very important journey to reach a certain goal. There are tons of nonprofits that use this storyline as a way to raise awareness and inspire donors to join the journey by donating or volunteering.

*Example: Summit On The Summit is raising awareness of clean water needs by getting influential supporters to climb Mt. Kilimanjaro

*Protagonist: Summit On The Summit

*Conflict/Issue: Nearly 1 billion people have no or limited access to clean water, so building awareness of this issue takes a lot of effort

There’s a reason why Hollywood makes billions of dollars a year using different variations of these storylines. So what’s stopping you from using them to raise money and awareness? 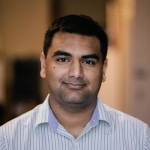 Vipin Shri is a Manhattan-based digital marketer and start-up consultant. He is currently the marketing manager of CauseVox, a fundraising & crowd funding platform for nonprofits and social good causes. You can get more tips on using plot lines in CauseVox’ recent ebook. For more about Vipin, follow him on Twitter.