High on “V”: Vloggers as Influencers

V is for Vlogger

We surf YouTube and upload videos for multiple, even random, purposes; it’s become a video sharing site open to all communities and interests.

I use it to watch adorable animals… among other things.

Kevin (KevJumba): a Taiwanese American college student who vlogs about anything from his parents to social issues. His commentary is lighthearted and humorous while making insightful observations.

Natalie (NDTitanLady): a Filipina American, also a college student. She is hilarious as well, highlights a variety of situations and current events, and has a talent for portraying different personalities.

Lauren Luke (Panacea81): a makeup guru from South Shields, England. Her vlogs involve, well, makeup tutorials, of course. She comes off as humble, personable, and truly interested in connecting with others through her work.

Kevin, Natalie and Lauren have all drawn a sizable number of subscribers.

These subscribers and the inherently social nature of YouTube have enabled them to become influencers for communities.

I even consider them role models and a welcome change from what we see in the mainstream media (Lindsay Lohan and Paris Hilton).

What lessons can we learn from this?

Vloggers often cover subjects that mainstream television and radio seldom do; social media such as YouTube have allowed diverse points of view to be amplified. 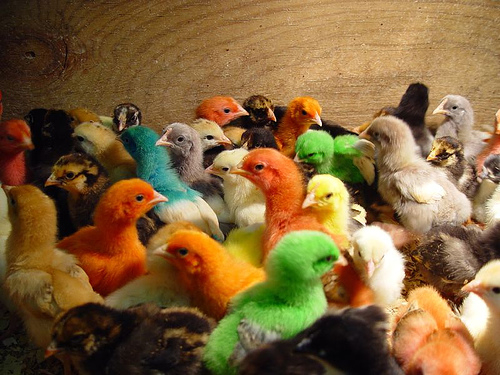 Viewers no longer have to be bound to the black and white of opinion, and can now easily access a diversity of opinions from all communities if they wish to do so.

It’s refreshing to watch Kevin talk about stereotyping of Asian Americans or, in his latest video, how the word “gay” is overly used and abused.

In addition to social issues, vloggers like Natalie help viewers to learn about, reconnect with, or just plain identify with their cultures through videos like “Filipino superstitions.”

I realize that LGBT exposure has been on the rise lately. I just watched Breakfast with Scot, a comical movie about an effeminate boy who is under the care of a masculine gay couple, on Netflix.

I also acknowledge that Asian Americans exist in the mainstream media (Bobby Lee).

But YouTube allows vloggers to broadcast these topics with a more personal feel and often address them more frequently.

Use your support base; do good things

In addition to representing communities, vloggers also work with them to promote social welfare and good deeds.

In addition to his own channel, Kevin maintains a partner channel called JumbaFund, which

“earns ad revenue every time someone watches a video from this channel. Every two months JumbaFund donates all the revenue earned from Youtube to charity. Just by watching the videos on JumbaFund, you are raising money for the charity of the month!” (channel description)

This is not only ingenious and creative, but also fairly simple if you know how to produce entertaining content.

Kevin does, and he produces an episode, similar to his personal vlogs, every month for his followers to watch. People then nominate charities they’d like Kevin to donate the revenue earned.

(The August 2010 winner was the World Wildlife Fund. Yes!)

Lauren’s channel is based on helping people. Her makeup tutorials provide many individuals with clear ways to achieve stunning looks and help them to realize that you don’t have to be models or have connections with professional makeup artists to look the way you want.

Me, I watch her just because I love listening to her voice and am amazed by how much she knows.

When businesses approach vloggers, it’s a sign that they have influence.

JCPenney, with interTrend Communications, collaborated with Asian American YouTube personalities, including Kevin and Natalie, to target young Asian American consumers during the back-to-school season in 2008.

A microsite was launched where visitors could vote on the outfit that best matched their favorite YouTuber.

This is Natalie’s video highlighting her outfits:

The microsite amassed close to 20,000 votes and won JCPenney a Bronze ADDY.

Meanwhile, Lauren has become a successful entrepreneur due to the support she received on YouTube.  She’s promoting a book, Nintendo DS game, and her own beauty line…

… not to mention her blogs on Glamour Magazine and This Morning Show and her column in The Guardian. Check out her Q&A with ForbesWoman.

People like Lauren are a testament that vloggers not only provide inspiration to YouTube communities, but also provide a good talent pool, knowledge base, and authentic personalities for businesses and organizations.

One more thing: Kevin’s going to appear on the next season of The Amazing Race with his dad, and I’m sure his followers are going to support the show because of him.

Taking it to the next generation

These channels feature content made by multiple people (often with their own individual channels) that focus on themes, interests, or networks of friends, like SimplyCollabin.

With social platforms like YouTube, people feel they have a voice; that what they say and do matters to someone out there (and if not, well, at least they can still broadcast it).

People not only say and do, but connect with others as well by commenting, collaborating, and building a following.

When others are listening, you can leverage that support and use that influence to do something worthwhile.

This idea has been discussed many times – the democratization of media.

It doesn’t hurt to bring it up again.

YouTube and other social platforms are equalizing the media field.

We’re no longer a culture of just readers and viewers or as Lawrence Lessig would say, a “R/O (Read/Only) culture”; society is now bringing back elements of a “R/W (Read/Write) culture” where we all have the ability to produce media.

These vloggers are producing all right, and

what I love is that they’re just ordinary folks covering everyday things.

Herwin Icasiano is a recent Stanford University graduate. He does his best to stay informed on politics, tech, music, cultures, and social media. Herwin has a strong interest in pursuing a career in public relations, helping companies and organizations make personal connections past the corporate-consumer dynamic, both on- and off-line. He dreams of traveling the globe, experiencing a wide array of cultures, and making worldwide connections. He’d love to grab a gab on Twitter.