How to Best Work With a PR Pro 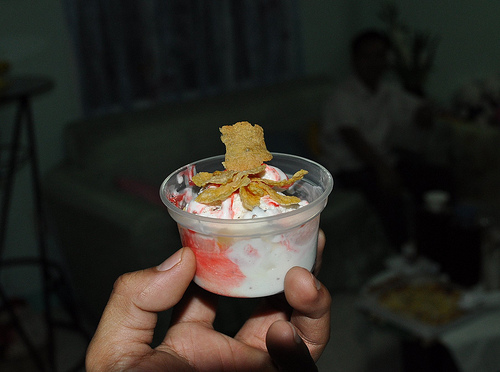 This is Part 2 of a two-post series

In my last post I discussed the interview process – from the brand side – that brings a PR professional on board for a specific client (upscale gourmet food/dessert B2C). Anyone who is on the brand side can hopefully relate; and if you are in PR, you may get insight that could help you land work you are a good fit for.

But the end result was that we chose a person who, in less than two months, lost our business.

Since then, the person who came in second during our initial interview process now has the work. It is going much better. Seeing as how things did not go smoothly the first time I worked directly with a PR pro, I found that while the person could be quite capable of handling the work, the situation was too late to save before even two months had gone by.

For a while, my client had been feeling that the [original PR pro] was not performing. At six weeks, they claimed to have sent out some pitches and some introductions. They did participate in weekly meetings and had offered some nice “ideas” which we embraced. One was a framework for some video; with a partial script for the first such video based on work they had done for a previous client.

Then… upon asking to see the pitch and introduction, the PR pro said, “no problem,” and promised to send an email along for review, along with a list of whom it would go to. S/he said this three weeks in a row.

But it was never received.

This inconsistency – and behavior which did nothing to bolster my client’s trust – was the main impetus for being let go. But the journey is important and there are lessons to be learned.

Prior to letting this person go, Shonali Burke [whom you know as the publisher of this blog] was kind enough to have a teleconference with my client and I. The reason was: before any decision was made, I wanted to know what our fair expectations should be, and what the “proper” PR pro – client practice should be.

[Ed: Howie, you know I’ll do anything for a cookie…]

You see, I thought … maybe PR is like a black box with some voodoo in it, and I need to trust it. But Shonali’s kindness in educating me not only helped move us along to make the decision to terminate the first PR pro (who was given a last chance, btw), but has helped the relationship and chances of success with the new one.

Here are some key lessons:

A: The original PR consultant pitched a strategy focusing on mom bloggers.

While I would not choose this v. say, food, travel, or upscale bloggers for my client, we’ve seen that 70% of my client’s Facebook fans are female. However, the actual customers fall into the 14 to 35/male group.

Initially I thought they could go for it, to see how it would work. But this “strategy” disappeared really quickly, leading to … there is no strategy! This led to the video concept (all well and good), a customer relations improvement idea which we implemented and, from what I saw, the consultant pitching two entrepreneur publications.

Solution: We insisted on a fleshed-out PR plan, or at least an outline, with identified goals for the first three months. We wanted to use this to to gauge performance, and also set a benchmark against which we could identify our measurable objectives.

The new person gave us a vision, and a plan.

B: Are they really a PR professional?

I was asked for a media list in the wrong way. I was asked to submit a list – to the PR pro – of media/bloggers with emails I had compiled. Since I had done this already, I thought that was fair. We then put together a list of categories for media that I was asked to research and get details for …. what what what?! (You get a bonus for using Vocus or a similar platform.)

Solution: Upon re-interviewing, I asked the current PR pro how they would compile such a list. I still provided them with my own media list, but the new person cranked out a spreadsheet with eight tabs for media categories, along with a list of publications for our review that blew me away.

There’s a big difference in handling the two. I personally feel getting local media from micro-news sites, bloggers, to daily and weekly print, is different than getting attention from monthly national periodicals and TV (even local TV). What do you need for both?

Solution: For national media, we are developing some video and the PR pro is working on the media kit (something the previous person did not pursue), so that they have everything needed to pursue national exposure. For local, since I have good relations with a TV segment, and from bloggers to such publications as the Orange County Register and deal with many on Twitter, I offered to work together to garner more attention.

A: My client did not include the PR pro in key emails.

I feel this had the PR rep left as a bit of an outsider … but on the other hand, s/he never said anything. If you feel like this, you should be assertive, requiring all the information and tools possible to ensure you can perform for your client.

Solution: I insisted that my client include the new PR pro in all communications that were relevant to their job.

B: I was never contacted directly for anything related to marketing that might dovetail with PR.

And the PR pro never shared any initial communications they prepared with us. The reason we would have liked to have seen the first pitches or introductions was to ensure they were capturing the brand and fit the client properly.

Solution: After the meeting with Shonali (thank you Shonali!) I learned that the PR pro should not have a problem in sharing the first formal communication with her/his clients prior to sending it out. So after that, we insisted on seeing the first pitch. And you know what? I had a problem with the first paragraph, but the rest was great.

In fact, the new person clarified to me why they took the angle they did, we agreed to taking some chances, and off it went. I made sure they didn’t feel lectured since 1) they were new to the brand, 2) I have no idea how to pitch the media, and 3) they needed to understand my business philosophy.

C. I felt they were being negative towards a competitor in the first paragraph of the pitch in a way that made me very uncomfortable. Even though – during discussions – I understood the reasoning, I still insisted it be taken out.

My specific reasons were: never talk badly about a competitor (and gave them my reasons or this)… even better, just do not mention them at all. Since the [old] PR pro was new to our product segment, I gave a marketing/sales view of who the competition really is so they had a less narrow view of the market.

With the previous PR pros, we’d been having weekly meetings that went over PR, marketing events, and R&D (new flavors/products). Several times in the first three weeks, events were mentioned as “perfect fits” for certain media outlets, only never to be heard of again.

Solution: Prior to hiring the new PR pro, I asked my client if I could call them to discuss working together. We spent about 45 minutes on the phone talking about what went wrong with the prior person and how to prevent that from happening again.

Instead of giving a list of demands, I brought up what I wanted to see happen. Together we developed solutions that were agreeable.

The outcome – while less than a month old – has dramatically improved.

We have a plan and framework for PR.

We have proper expectations among all parties.

We have better communications among all parties.

And hopefully we will have a much better outcome for our joint client.