Influence is Not a Number 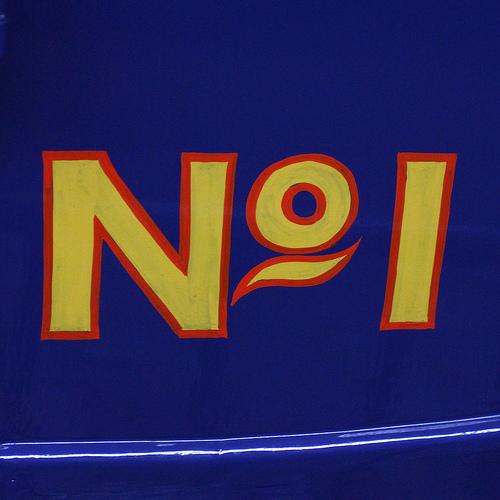 Klout does not equal Clout.

And while it may in the future, it certainly does not right now.

I saw a tweet about it, and I can’t remember whose stream it was in, so I went across to check it out.

My initial reaction (and it’s also in the comment that I left over on the Klout blog post, since I didn’t think it fair to simply write about it here and not comment there as well) is …

But if Klout is going to bill itself as “the standard for online influence,” it’s got to do more than score people based on how frenetically active they are on Twitter and Facebook.

Case in point, yesterday was a day I was particularly active on Twitter, which I haven’t been recently.

We had our bi-weekly #measurePR Twitter chat, which I moderate, and later in the evening I participated for a short while in the #pr20chat, moderated by Heather Whaling and Justin Goldsborough (it’s terrific, you should check it out).

All of a sudden, my Klout score, which has remained static over the last month, went up by one point.

I commented on only two blogs yesterday (and on one of them, my comment was more along the lines of baby babble), didn’t do anything on LinkedIn, shared a couple of posts via Google Reader, and on Facebook, just sent out some birthday wishes and posted in a couple of secret Facebook groups.

So it’s pretty clear that my increased volume of tweets yesterday is the result of this change.

I’ve written before about why Klout should not be a synonym for influence, and on influence in public relations and social media … so I’m sorry if I’m boring you.

But this is important, which is why I’m saying it again.

Far too many organizations are starting to reduce people to numbers in their quest to reach “influencers.” And what service are they factoring into their calculations?

Again, for the record, I have nothing against Klout per se. In fact, my friend Tinu Abayomi-Paul put it best:

“I desperately want to love Klout.

“I expected it to be a tool that would help me  sort the posers and the popular, and help me find people who were of like mind. But it spends too much time trying to flatter me and tell me how great I am, and not enough time being an actual analytical tool that measures things that actually matter to me.”

I mean, look at how Katie Paine and I stack up against each other, according to Klout’s new version. 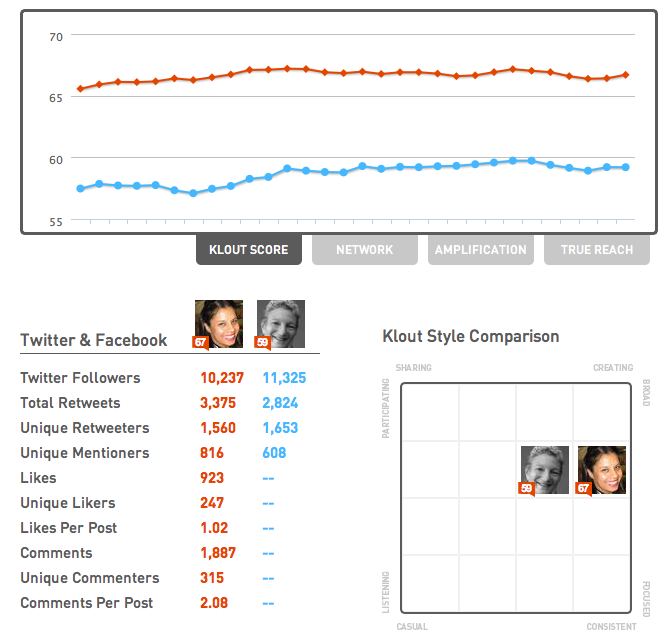 We’re talking about a woman, admittedly very dear to me, who’s literally written the book on PR measurement, and who’s forgotten more about measurement than I will ever know.

If I click through to see who is apparently influencing me, she doesn’t even show up on the list.

You know why? Because she and I don’t spend a lot of time gabbing with each other on Twitter.

But who do you think is one of the top people on my list to call, email, DM, Facebook or Skype when I’m thinking/need help with measurement, not to mention a whole bunch of other stuff as well?

Whose book (there’s a terrific newer version out now) has been required reading for my students at Johns Hopkins for the third year now?

And she has a lower Klout score than me, when she is extremely active online, and trying to find a measurement-related conversation that didn’t reference her would be like trying to find the animal living on Donald Trump’s head?

Is Klout useful in some respects?

Yes. If you’re trying to put together an outreach list for an online campaign, for example, it can be one of the factors you use to determine whom to reach out to.

It shouldn’t be the only one. You still have to do your legwork (in the old days they called it research) and actually pay attention to the community you’re trying to reach, figure out who’s talking and who’s driving action.

That’s the most important part.

This is why I like Traackr more than Klout (disclosure: Tracckr has given me free access to its system for a couple of months), because at least it tries to include as wide a range of digital properties as possible when trying to identify people who might be influential online, and in a certain area.

I also like that they don’t “score” people, but I should probably stop talking about Traackr for now, since it deserves at least one post of its own.

But would I use only Traackr, when doing the research for an online campaign?

I’d look at Klout, Traackr (for now, while I have access to the system), perhaps MyMediaInfo (I’m currently a subscriber), Technorati (I know, I know), maybe PostRank … and I’d also be doing good old-fashioned searching, reading and listening.

If I could, I’d also look at the client’s analytics and data, and try to figure out what has helped them historically. And I’d ask the client for who they considered influential … not just in terms of perception, but in terms of actually driving action.

I would spend a lot of time””a lot!””doing all this.

And then I’d decide who the most appropriate people would be to reach out to.

Influence is not a number.

So please don’t fall into the trap of thinking that it is.