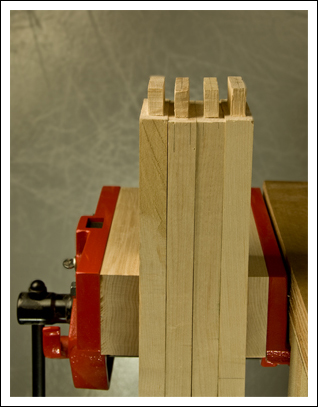 “Technically mocking isn’t a sport… yet… though I have made a proposal for the 2020 Olympic games.” ~ Brian Meeks

This is the final post in a three-part interview with Brian Meeks, who goes by the moniker “Extremely Average.” In Part I, Brian talked about why woodworking makes him a better writer, and stinking in the dark room. Part II saw him discussing why he hasn’t decided whether or not Mrs. Johnson was evil. My questions continue:

Tell me a little about your use of social media, personal and professional.

I manage the social media and customer relations for a company from Vienna, Va.  It is ironic that 3 weeks after I moved back to Iowa, I should get a job 30 miles from my old home.

For PreferredVendor, I focus on building relationships within the Human Resources and Recruiting industry.  PreferredVendor is a SaaS (Software as a Service) company, which means we offer tools to help people manage their recruiting.  It is my job to promote the company, handle customer issues, and generally stay on top of all things social.

I have been involved in the social media industry for four years now. My first three years were in the virtual world of Second Life, where I made my living building spaces for corporate clients. It was during this time in SL that I discovered Twitter, Linkedin, Facebook etc.; I believe I started during or near the beta for all three of those.

My connections in the virtual world industry were always on top of the new stuff coming out, and that helped me discover each of them.

I remember when I first joined Twitter, it was novel and I thought it was fun. I didn’t know how to use it as a tool for networking, building relationships, and helping people find one’s blog.

I wish I had better understood its power early on, but I guess I got there eventually. There are still many people who don’t use this platform, so I consider the people using Twitter for marketing to be early adopters.

I love “Henry Wood Detective Agency.” It reminds me of a cross between “Moonlighting” and Alexander McCall Smith’s #1 Ladies Detective Agency. How did it come into being? Are you going to publish it?

That is high praise indeed. I loved Moonlighting and #1 Ladies Detective Agency, so perhaps they are sneaking into Henry’s world. Thanks so much.

As for how it came to be, when I first started the blog, I tried to avoid just giving a run down of what I was working on.

Many of my posts were stories with little bits of woodworking in them, and those bits were about what I had done that day. Henry Wood started out the same way.

The early chapters always related to what I was doing in my shop. The pictures were of my current project, which became Henry’s project. I felt that all the one off stories needed to be supplemented with a longer piece. So I started Henry Wood.

The response has been remarkable. I am, as of the writing of this response, at 22 chapters.

I think that if Henry makes it to 70,000 words, I will likely try to put it up on Kindle, Sony Reader, and the iPad. If he solves the mystery sooner than that, I may not.

I had delusions of grandeur with my novel that I mentioned, but haven’t done a thing with it.

So it is likely he may live forever on the blog and never venture out into the world. I would like to publish it though; it is more a case of me knowing how I tend to procrastinate with stuff of that nature.

What else do you like to do, other than writing and woodworking?

Technically mocking isn’t a sport… yet… though I have made a proposal for the 2020 Olympic games.

I feel I could be a world class mocker.

I feel that if I added anything else, the people who have made it this far, would likely unsubscribe from your blog and curse your name, so I will simply finish with, “Thanks for Reading my Blog.”

It should be noted that “I can’t be trusted.” I said I was done, and yet I am still typing.

There is one more thing, now that you mention it. I have a second blog, which I don’t do much with, but if you are interested, it is at http://socialmingler.blogspot.com.

Brian Meeks used to make his living in the virtual world of Second Life, where he built spaces for corporate clients under the name Ecocandle Riel.  When the economy went south, he turned to Social Media and does this to feed and clothe himself.  In his free time, he does… well… social media… and publishes the blog Extremely Average. He can be reached by email at ExtremelyAverageOne (a) gmail (dot) com, or by carrier pigeon at the house with the big tree out front. You can also connect with him on Twitter.