Although public relations practitioners agree on the importance and process of securing media coverage for organizations and clients, there is less agreement on how to measure the coverage.

PR standards define what needs to be measured.

They provide a common language for comparison purposes. Having common language and measurement approaches is crucial for organizations and professionals, particularly those that use a combination of public relations agencies, media monitoring services and in-house media teams to measure campaigns across brands, units and countries.

According to a Washington Post story, a third-party media monitoring service for the Washington Redskins claimed that more than 7.8 billion unique visitors read about the Redskins’ training camp in 2014.

Think about that number again. 7.8 billion””more people than live in our world, based upon a recent Census estimate.

The media monitoring report concluded that the earned media coverage was worth a whopping $76,146,720 to the Washington Redskins!

What’s partly to blame for these exaggerated figures is the faulty definitions and measurements used by the media monitoring service (Meltwater and TVEyes) to measure the impact of the earned media.

Meltwater and TVEyes relied on faulty logic in claiming that “if six articles on ESPN.com contain the specified search terms within the specified time frame, the website’s unique visitor count (and accompanying value) is multiplied by six,” as reported by the Post story. x6 – really? No.

They defined impressions as “Anytime a person is exposed to a news story about the event, including social media posts.” No.

An impression is an opportunity to see, read, view or hear a story. Impressions typically refer to the total (audited, if possible) circulation of a publication, the verified viewing/listening audience of a broadcast vehicle, or viewers of an online news site.

The Meltwater and TVEyes report makes the leap to place a monetary value on the earned media, in this case $76 million.

It is difficult to know exactly how the media monitory service derived the inflated 76 million. But it sniffs of an AVE.  In the Dictionary of Measurement and Evaluation, an AVE is defined as a “discredited output score that suggests an equivalent cost of buying space devoted to editorial content.”

The Barcelona Principles of Measurement, a set of seven voluntary guidelines recommended by public relations industry groups for measuring and evaluating public relations campaign results, strongly discourages the use of AVEs and multipliers to measure media results.

AVEs are simply not an accurate way to assess the value of media coverage, for reasons ranging from the differences between paid and earned media, issues of media coverage quality and relevance, and the objectives of the earned media story from the client perspective, among other reasons.

In addition to using the correct definitions of unique visitor counts and impressions, the media monitoring service for the Redskins might have used the following metrics to measure its earned media coverage:

This would not have happened if the Redskins had utilized some of the established public relations traditional media standards, tested and available for free in a 2015 paper via the Research Journal of the Institute for Public Relations.

In addition to these traditional media standards, Institute for Public Relations Measurement Commissioners and other public relations practitioners are currently working to develop and test standards in the areas of employee communication and social media. 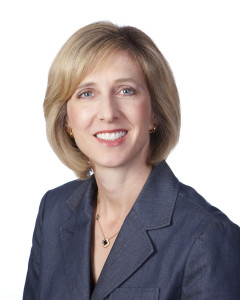 Julie O’Neil, Ph.D., teaches, researches, and consults in the areas of public relations and measurement and evaluation. O’Neil has published and presented more than 60 articles and papers. She directs the graduate program of strategic communication at Texas Christian University, and she is the former division chair of the undergraduate program. O’Neil serves on the Institute for Public Relations Measurement Commission and as co-chair of the PRSA National Research Committee.  She can be reached at @juliesoneil.