Bad PR Measurement Gets a Smackdown 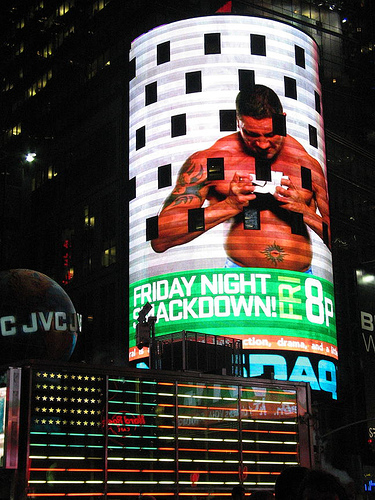 [Ed: I’ve been out in beautiful Eugene, Ore., for the last few days, speaking on measurement at the 2011 Oregon Governor’s Conference on Tourism.

So I asked my good friend and measurement guru Sean Williams to guest-moderate the chat.

What follows is his recap. Emphasis/ital are mine, not Sean’s; and the tweets have not been edited, so please roll with typos, etc., as you would on Twitter.]

The April 12 #measurePR was a spirited affair, featuring

55 minutes of near universal agreement that there’s too much crappy measurement out there, and

whether ROI can be anything other than a quantitative term.

It was a rollicking chat, more than 250 tweets, around three questions:

The question of facile answers to complex questions centered on the Facebook fan question, which I’d lamented several times, most notably a month ago.

But the crowd still wanted blood.

Sometimes, you crack open a can of worms with your answers …

This led to a sidebar conversation about the difference between marketing and PR, and the various reasons why we argue about it.

Is marketing about selling stuff, or is that sales?

Are reputation, issues management and media relations part of a promotional effort?

And that was just the first half-hour!

On Q2 – ROI (his self-proclaimed bÃªte noire) @AlanChumley carried the water, and @Gnosisarts sloshed it around some, while others tossed in their cups too:

The debate, as it were, was over whether ROI can be anything but financial and quantitative. I still think the answer is NO – it’s a financial measure, well understood.

But the shock was @Gnosisarts playing AVE defense:

And, here are the“What should AVE stand for?” replies:

A good time was had by all.

P.s., with the death of WTHashtag, our trusty if cumbersome transcript is out of the picture.

So here’s a PDF of the April 12 #measurePR Twitter stream, starting from the end and going backward, copy-pasted from Tweetchat.

[Ed: That means you have to start at the bottom and make your way up.]

Phooey, but better than nothing I suppose.

Worth slogging through it…

[Ed: Many thanks for hosting such a great chat, Sean!

Folks, Sean moderates #icchat on a regular basis, focusing on internal communications. The chat takes place monthly on the 3rd Thursday, beginning at 10 am ET.

Sean Williams is the owner of Communication AMMO, Inc. He helps leaders improve their communication skills, build strategic communication plans, strengthen internal communication capabilities and effectively measure the results. His clients include Avery Dennison, Kellogg’s, The Federal Reserve Bank of Cleveland, U.S. Endoscopy, Insurance.com and KeyBank. He also is an adjunct professor of Public Relations at Kent State University since 2009, where he teaches a new course on PR Metrics beginning in 2011.