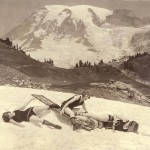 I’ve been known to “occasionally” jump on my soapbox to rail against everything from students’ inability to write coherent sentences to public transit systems’ inability to provide anything vaguely resembling “service.”

I’ve also been “gently” encouraged to “ease up on your expectations, Kirk” by any number of professional colleagues…as well as students.

My Public Relations Concentration students (and others) at Curry College have gotten used to seeing circles, underlines, question marks, and various other editorial notations including snarky comments on virtually every paper that they send my way.

Newspapers and other media have become inured to my frequent “letter to the editor” assaults, most of the time wisely choosing to ignore my comments on ethical misbehavior and/or lack of transparency in governmental or business affairs.

To answer the unasked question, “No, I don’t think the world is going to crash and burn.”

What I do think is that perceptions… fueled by expectations… can and will lead to a fascinating assortment of public relations challenges that we, as PR professionals, will have to deal with.

Perception is, in the eyes and mind of the beholder, reality.

I love, when we are discussing a current dilemma in my “Principles of PR” class, to throw out the simple but maddening… “Is this a problem? What would you do?”

The panicked look on most faces as they feverishly leaf through the textbook says it all, and, inevitably, one brave soul will meekly ask, “What page is the answer on?”

Then I explain (for the bazillionth time) that that is the beauty and the challenge of public relations.

Our job is to be acutely aware of public perceptions of our client or employer and to be prepared to explain, clarify… or defend… our mission/reason for being.

What this means is that we must also be acutely aware of the realities of that client’s or employer’s operations.

Things we think have been resolved keep bubbling back to the surface to be dealt with yet again. And smug complacency flies out the window with gusto.

Our challenge as communicators is to do just that…communicate.

Our neighbors don’t know what we’re doing inside our wonderfully-modern-looking factory walls. All they know is they hear bumps and clangs in the night, or they smell odd odors wafting from our ventilators.

Or maybe our business is such that we can’t tell them exactly what’s going on (worked for someone like that).

If we’re serious, though, about our roles as the conduit between the internal “us” and the external “them,” we have to find a satisfactory middle ground that fosters understanding.

There are no “how-to” manuals for this, although I frequently turn to Ivy Lee’s “Declaration of Principles” for guidance (or reassurance that I’m on the right path).

The bottom line is that successful public relations practice demands acknowledgement of perceptions and clarification of reality.

It’s as simple…and as complicated…as that.