The Anatomy of the Perfect Pitch 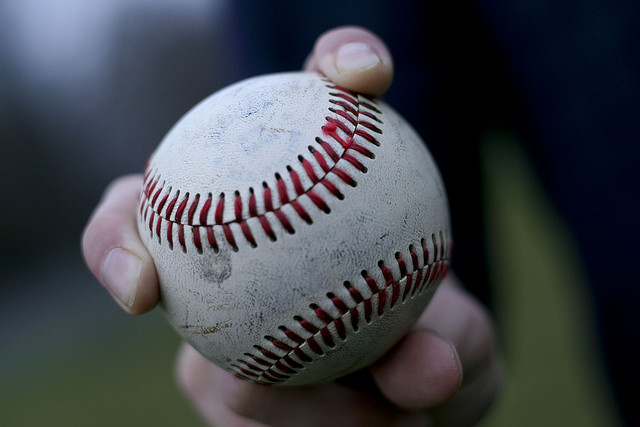 That’s a teaser, of course.

Because there is no such thing as the “perfect pitch.”

There are terrible pitches, there are so-so pitches, and there are very good pitches.

But to me, a perfect pitch would be one that secured every single story it was aiming for. And as far as I know, no one holds that record.

You can, however, write a very good pitch. I’d like to think that I’ve written (or spoken) my fair share of them, though I still didn’t get every single hit I wanted (or the client wanted). Oh well. That’s just how it goes.

But if you’re aiming for the “very good” pitch, read on. And while this is written in the context of media/blogger relations, I believe these elements apply to practically anything and anyone you’re pitching.

Seven elements of the almost-perfect pitch

Which are the ones you read? Assuming, of course, they’re not one of the 15 reasons your PR pitches suck?

1. The ones that have a succinct subject line.

Save the uber-creative headlines for your actual news releases (if you’re still using them). For me, what works, and what I’ve seen work, is to be to the point, and say exactly what you’re looking for/the email contains.

See? No ambiguity there. Put in your client’s/campaign name or the gist of the pitch and then get to it.

2. The ones that are honest.

I can’t stand pitches from PR agencies/consultants (being the latter myself) that purport to be the client. I’ve seen many PR pros represent themselves as the client, which is silly, because if your client is So And So Non Profit, why would it have an [a] PR Agency Name email address?

For a profession that is still plagued with the “spin” moniker, it is just silly to do this. Be upfront. Say it’s your client (if it is), and say what the campaign is about. Don’t engage in a smoke and mirror show.

3. The ones that demonstrate research.

Whatever the tools, once you build your list, go through each and every outlet on it. Read it. See if they have written similar stories, or have a strong interest in the topic you’re working on.

If they do, then lead with a reference to that. For example, “As I was reading <name of blog post> on <subject>, it occurred to me that <client/campaign name> might interest you.” And explain a little more as to why, but not in more than a couple of sentences, if that.

If they don’t, but you still think they are a good fit, ask them straight out: “Would you be interested in <client/campaign> that <explain more>…?” Tie in how the campaign/story will be of interest to their target audience because remember, it’s all about them, not you/your client.

4. The ones that make the ask very clear.

If there is a specific call to action you hope will be included in the story, be clear about it; to this day, I’ve never had any media or bloggers call me out for doing so.

On the other hand, I don’t demand anything, so …

When I was pitching Oxfam America’s International Women’s Day campaign, for example (it’s tomorrow, by the way, have you gotten your eCards/eAwards ready?), I was clear about what we hoped for: for folks to send the eCards and/or give out the eAwards (and see, that’s twice in this bullet point… I’m driving the point home!).

What’s the worst that can happen? They’ll say no. But at least you’ve made the ask clear.

5. The ones that don’t have attachments.

6. The ones that are spelled correctly.

7. The ones that begin and end politely.

Again… boy, this ’nuff said business is getting boring! Seriously, though, I never heard of politeness killing anyone. Kindness, maybe, but politeness? Nah.

In fact, regardless of whether I know the “pitchees” well or not, I always sign off by saying “thank you,” or “thank you in advance for your consideration,” or something like that.

Just when you think you’re done…

Your work is just beginning. Because please don’t think that simply because you wrote a great pitch, it will work. Often, it won’t, but we can get into that in a later post.

But at least it helps to open the door.

What about you? What do you think make up a great pitch, if you’ve either written or received them… or both? Have I left any elements out? Any success stories you’d care to share? I’d love to hear!