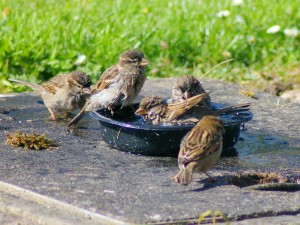 Have you ever wondered what compels people to share content on their social networks? Two social accounts cross in the night, and a re-tweet or Like is born – why is that?

A Harvard marketing professor named Thales Texeira has done some recent studies of content virality and sharing. His findings are pretty illuminating.

What this means is that professional advertisers have a one in one thousand chance of going viral and that percentage is static. In other words, the bandwidth for content consumption is fixed.

Universal McCann’s Wave 6 social media study seems to substantiate that claim for written digital content as well, showing that blog creation and consumption may have peaked in 2010.

When it comes to what compels us to share video ads, Texeira asserts that the best ads begin with an element of humor, then takes it away, and reintroduces it near the end. While drawing a conclusion about blog content sharing based upon video sharing would be a stretch, it does substantiate that consumers of digital content need variety in order to stay engaged with a piece of content. Sufficed to say that as dry as I write, I probably won’t be going viral anytime soon.

Texeira concludes that the vast majority of sharing is done with selfish motives. That sounds worse than it is. Sharing makes people feel a sense of prestige that they’re associated with something funny or informative.

What they won’t share is something shocking. Take the GoDaddy commercial from the Super Bowl where supermodel Bar Rafaeli passionately kisses a homely looking fellow. Texeira would argue that shocking humor like that under normal circumstances would not go viral. Incidentally, it was the worst reviewed ad of the Super Bowl.

They also won’t share anything religious, political, racial, or gender-specific. In doing a postmortem of sharing and traffic on my site for the last half of 2012, posts that referred to the U.S. Presidential campaign had 30% less shares than posts on other topics. This was despite the fact that my critiques were apolitical.

A recent study by the University of Edinburgh determined that users with high numbers of “friends” were distressed about Facebook for fear of offending one of their social groups by appeasing another. That distress probably keeps users risk-averse when it comes to provocative content.

Texeira’s work confirms that there isn’t a silver bullet for content virality. But if you can find a way to make your content reflect well on other people, they’d probably share your stuff more often.