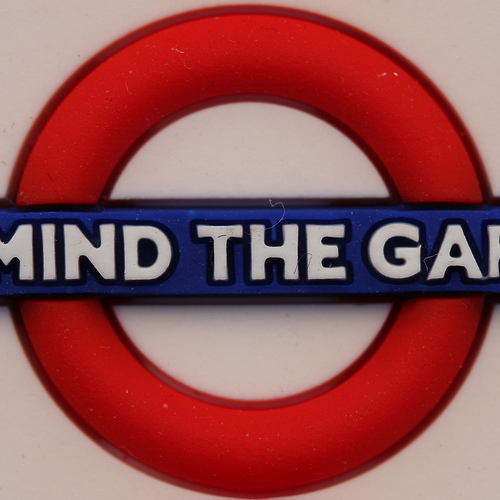 Thought you were going to get a recap of Gap-related posts, dincha?

OK, you’ll get some. But as I was thinking of the whole Gap brouhaha, I started thinking about gaps in general, and whether or not we’re filling them.

Here are the seven posts that might make you think about minding your own gap more, er, mindfully.

1. The GAP in the PR vs. Sales game: the buyers decide, by Davina Brewer at 3Hats Communications.

Why: out of the several posts I read on this topic, Davina’s was one of the most commonsense ones. A logo does not a brand make… in its entirety.

2. Down an alley, from Jackson Wightman‘s Proper Propaganda.

Why: Jackson points out the gap between conventional thinking and how things actually are.

3. Getting it, from Ike Pigott‘s Occam’s RazR.

Why: this example of “knowing what something is but not what it does” is exactly what I was getting at with the social media stepchild. And in no way does this imply Ike endorses, likes (or has even read) my post – just seems to me they’re somewhat related, both dealing with gaps.

4. Hi, my name is Steve, and I’m a…, from Steve Crescenzo‘s Corporate Hallucinations.

Why: talk about what we’ll do to bridge some gaps! It’s also hilarious. And, for the record, Steve is one of the most honest people I know.

5. The fallacy of the influentials, by Philip Sheldrake.

Why: it’ll make you think about the gap between “real” and “perceived” influence. And don’t skip the video.

Why: I thought this made a very interesting point about how to use email newsletters to re-energize subscribers, by using the Gap episode as an example.

7. Lessons from the Gap logo debacle, by Shel Holtz.

Why: back to the Gap. this was the first post I read when the dam broke, as it were, and I was struck by how thoughtful it was. It still is.