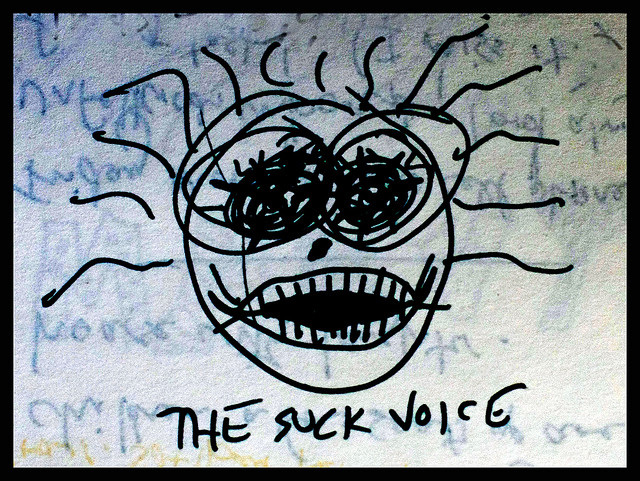 I don’t know if we PR pros have a faulty gene or what, but we make it so easy for other professionals to beat up on us.

Last week I posted 6 ways to ruin your chances of getting free publicity over at BNET.

If you haven’t read it yet, the background is that I used HARO to source a query for BNET.

In my wildest dreams, I couldn’t have imagined the kinds of responses I’d get.

Which is why some of the “ways to ruin your chances” include things like:

I can’t tell you how many pitches I received that were so bloviated, they would have made Alec Baldwin jealous. “I’m a social media expert as seen on <CABLE TV STATION>.”

And that was it. That was supposed to be the story.

By now, everyone is some kind of social media “expert.” So what’s new about you?

3. Be more vague than the Twilight Zone.

My query made it clear that I wanted examples of success, and how it was being measured. But many of the pitches I received included words to the effect, “so and so can discuss ______, let me know if you want to interview them.”

If you want more than a hope in hell of being a possible source for an article, you have to reel the reporter in. This means actually giving them what they’ll use in the article before it ever gets to the interview stage.

If you’re too lazy ”” or uninformed ”” to give them the basis of what they need to determine whether or not to include you in the story… well, all I can say is, good luck.

I guess Lady Luck is smiling on me, because the bad pitches continue.

7. Sprinkle your pitch liberally with strikethroughs and other edits.

There’s nothing as appealing – not! – as getting an email pitch that is clearly copied and pasted from MS Word… in which your supervisor has used “track changes” to give you edits.

Do you really think I – or anyone you’re pitching – is going to take you seriously if “XX” has been crossed out and your name placed beside it?

Not to mention reading the body of your pitch after this gem: “Lead with the meat.”

Yes. Lead with the meat, for sure. But I shouldn’t know that that’s what you’re trying to do.

8. Make it blatantly obvious that I’m just a name in a database.

Lemme tell ya. Constant Contact and other programs to send newsletters are great… if you’re sending newsletters.

But when you start to use them to send pitches… that sucks.

Especially if they begin with, “Hey There.”

And if they offer you a way to unsubscribe.

(Side note: this has happened not just to me, but to other people I know.

9. Give with one hand and take with the other.

So you offer me an interview with So-And-So.

I write back, saying yes, I would like to do an interview with So-And-So.

But all of a sudden, S0-And-So is no longer available… but you still want me to do a book review/product giveaway that So-And-So is promoting.

Thanks, but no thanks.

10. Churn out so many pitches, you’d make a sweatshop envious.

When I spoke at What’s Next DC the other day, I sat in on an “expert Q&A,” and had to reinforce the fact that if you’re going to pitch diligently and well, it takes time.

Let me be blunt: I don’t believe you can send out 50 pitches a day if you’re going to do your research and personalize them.

Because that takes time.

But heck. What does it matter?

After all, there’s sure to be a sweatshop somewhere that could hire you, right?

11. Clog my email with attachments.

Pretty much every PR/journo panel I’ve ever sat in on/listened to say one thing, if they say anything at all: Do not send attachments if they’re not asked for.

This is because the attachments get caught up in spam filters, clog their email, etc.

So why, oh why do folks keep doing this?!

If I want more information, I’ll ask you for it. And no, please don’t send a PDF file either… unless it’s asked for.

If I don’t, I will take great pleasure in trashing your email. Consider yourself warned.

12. Assume your press release is as fascinating as the State of the Union speech.

OK, maybe that’s not the best comparison, but at least the president’s State of the Union speech is. An. Event.

I hate to break it to you, but your press release is not.

So when you send an email to a journalist, with a terse introductory note telling them to “please read the press release below,” do you really think they will be enchanted?

Here’s the thing. You can send pitches that have an emotional appeal inherent in the story.

E.g.: “So-And-So did EVERYTHING she could to save Such-And-Such Theater.

“From One Mom’s Mouth to the City Council’s Ears.

OK. So whaddya want me to do about it?

Ya want me to interview her? Run a profile piece? What exactly are you asking for?

If you don’t have a specific call-to-action in your pitch, you’re pretty much doomed from the get-go.

14. Pay no attention to the (wo)man behind the curtain.

It may have escaped your notice, but more and more media (and bloggers) are working for multiple outlets these days.

Sometimes it’s a factor of their personal economics, sometimes it’s because their employers acquire other properties and spread the wealth around.

And you know what? Sometimes, they could be writing/managing completely different properties.

There is nothing – nothing more irritating that being pitched a story… without the “pitchee” being very clear about which media property it is being pitched for.

If the person writes for multiple, similar properties – that’s fine, mention them.

But don’t send a blanket “your readers will enjoy this” if you haven’t even specified which readers you’re trying to reach.

15. Make sure your client/talking head is completely clueless.

This actually happened to me during the BNET/HARO experience.

The pitch made it through, the story looked interesting, an interview was set up.

And when it came time to talk to them, the people I was “interviewing” had absolutely no clue why I was talking to them.

So then I had to explain why I was on the phone with them, etc. etc.

Can you say “wet blanket,” anyone?

that we’ve all made our mistakes. But it worries me that some of these things – which include basic commonsense – are still happening to the degree they do.

It’s one of the problems with PR.

It means we are not educating the entrants to our industry well. And for that, shame on us all.

We need to do a better job of that.

What are your pitching nightmare stories? Anything you’d care to share? I’d love to know.