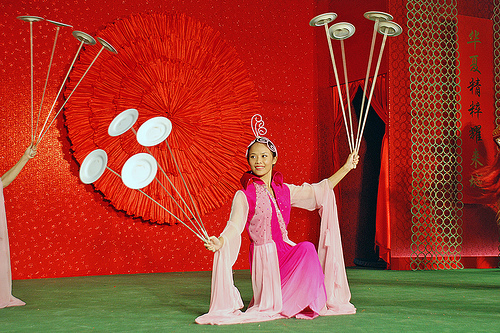 I don’t think I’ve ever done this before.

Devoted an entire Weekly Roundup to posts from one – yes, one! – blog.

But that’s what you get for Gini Dietrich and her guest bloggers writing such smart posts that had me go, “Dammit, why didn’t I write that first?!”

So I must, and will.

Why: because “no” is not a dirty word.

Why: this is a pet peeve of mine. Also the LinkedIn invites/Facebook friend requests that say, “I follow you on Twitter…” – but that’s a subject for another blog rant.

3. Three ways you suck at listening to your audience, by Joey Strawn for SS.

Why: this post published while I was traveling. When I first saw the headline pop up, I didn’t think too much of it.

But then I read it. And when you read it, you’ll see why I included it.

4. A review of Triberr and the Spin Sucks analytics, by Gini (again).

Why: I was lucky enough to be invited into Triberr by (who else?) Gini. And I echo her sentiments.

What it does for my analytics remains to be seen.

5. PostRank Connect and analytics for bloggers, by Gini (yikes, this is getting old).

Why: I’ve been using PostRank for a while, but Gini beat me to the punch in talking about it.

6. Teach yourself to work in uncertainty, by Lisa Gerber.

Why: I loved this post, and not just because it somewhat echoed my earlier thoughts on heretical productivity.

7. PR’s biggest mistake when working with influencers, by Kary Delaria.

Why: I’ve said it before, and I’ll say it again, influence is nothing without context.

What are your favorite Spin Sucks posts?

Or, for that matter, what were some of your most recent favorite posts, on Spin Sucks or not? I’d love to know.