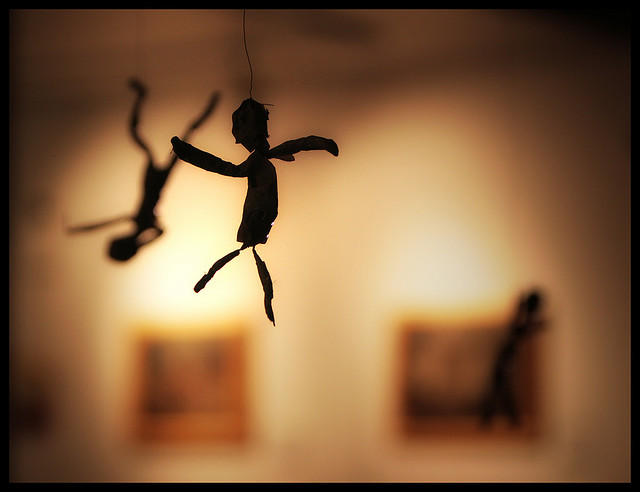 Tell you what, if you want to get a lively Twitter chat going, look for a guest who’ll provide not just great information, but come up with tag lines and great sound bites on the fly.

In other words, someone who’s going to pull the strings not too hard, not too light, but just right.

I have a confession: I’ve nurtured a secret (not-so-secret any more) fascination with Jim for a few years.

I’d hear about his work in the analytics field, about eMetrics and always think, wouldn’t it be neat if I actually got to meet him sometime?

Thanks to Beth Kanter, I did; last year. She suggested my name as a speaker for the DC edition of eMetrics, and I was absolutely bowled over.

“You could’ve knocked me over with a feather!” as someone in a Georgette Heyer novel might say.

Jim is not just one of the smartest people I’ve had the privilege of meeting, but one of the nicest.

So when he agreed to “appear” on #measurePR, you could’ve knocked me over with a feather.

Last week, these were the questions Jim fielded, along with a few answers (I’ve collated/edited slightly for readability without interfering with the tenor of the tweets):

1. What are some of the most basic mistakes PR pros make when it comes to using web analytics?

Jim: a) Thinking mentions are the same as “ink” – they are much less valuable. b) Thinking a lot of noise is good without studying the sentiment of the conversations. c) Treating social media as a broadcast channel. It’s far more Social than Media – Hi Mom!

There were some requests for clarifications, so Jim continued, “Mentions are just that – social media comments. ‘Ink’ is printed in edited media – well considered.”

This is a really important difference, IMHO. Also note the emphasis on “edited” media, which Jim clarified could include print as well as online media.

What’s key about edited media is that the mentions are included with consideration; e.g. you’re quoted in an article, it was edited and then published. It’s not just online chatter, as Jim called it.

2. In PR and social media, we talk a lot about “engagement.” What are some ways to measure engagement?

Jim said, “It depends.” Some could include whether you’re followed, retweeted, etc. Whether your blog receives comments or not. In other words, whether or not your audience is interested and enthused.

He also agreed that such metrics must be customized.

Start with (this is Jim again): “a) What are your goals? b) Measure KPI’s that help you meet goals. ‘Engagement’ is campaign-specific.”

Also: “KPI’s are never useful when generic or ‘standard.’ They are purpose-built for the moment.”

3. What, in your opinion, is the best way to measure influence?

Jim: “Business results. If person X tweets to as many as Y but gets more biz [sic] results, then X is more meaningfully influential. Influence is based on recency, frequency, reach, retweets, but mostly Biz RESULTS.”

(Thank you, Jim, for reminding everyone that it’s the business results that count.)

4. How do I ask my IT people how to leverage their data for PR? (from Matt Kelly)

“You don’t. Ask IT to help answer specific [questions]. They cannot provide insight out of the blue. But they have data – so be nice.

“IT are there to serve, but they can’t guess what you want. YOU have to understand data well enough to ask good questions.”

5. Your [Jim’s] book recommends tools like Tweetbeep, but warns against measuring bots v. humans. How can you tell? (from Angela Jeffrey of VMS)

Jim said that filtering bots from humans is an algorithmic problem we count on the tool builders to solve.

6. As print readership is waning, is it still as effective as it once was? (from Shannon Mouton)

Jim: “[It] can an be argued that as print readership declines, impact increases. When did you last receive hand-written note? Read it? YES!”

In fact, he went on to say that he’s a “big believer in direct mail for PR as it has become so rare.”

7. In most mediums, demographics are important. How can we do this on platforms (e.g. Twitter) where the information isn’t available? (from Tony Wong)

Jim: “On [social media], demographics give way to psychographics which are on constant display! [In other words] Sentiment Segments… (which he made up on the fly and everyone told him to trademark it) which means groups and feelings shift constantly; we’re not after numbers, but trends.”

And, being Jim, he said this video below was the best representation of real time tweet tracking:

You can read the entire transcript of #measurePR with Jim Sterne if you’d like, at your leisure.

And if you’re in the San Francisco Bay Area – or have the budget to fly there – I strongly recommend you register for and attend eMetrics, coming up March 13-18.

I was absolutely blown away by my experience last year, and am pretty sure that if you’re into analytics, you will be too.

(If you do, will you bring back some San Francisco sourdough bread for me? I miss it so…)

Many thanks to Jim and all who participated in last week’s #measurePR.

Next week, we’ll be chatting with Steve King on research – which is a critical part of the measurement pie. I hope you’ll join us: Tuesday, March 1, 12-1 pm ET.