Why Klout Should Not Be A Synonym For Influence 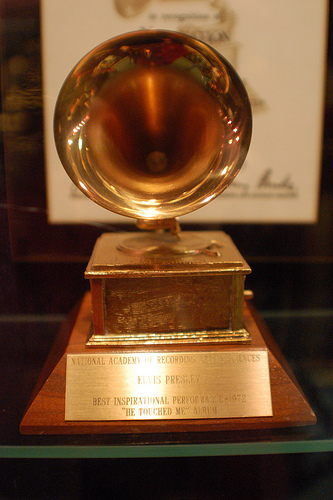 Bloddy hell, we just can’t get away from “influence,” can we?

Reminds me a little bit of a cheer from my high school days:

We are ______ (insert school/team/whatever of your choosing)

Or words to that effect.

The tool that’s making the most rounds these days, it seems to me, is Klout.

There have been blog posts ad nauseam by online influencers (and I don’t mean to use that term in a belittling way, so please don’t anyone take it that way) on online tools such as Klout.

If you use HootSuite to manage your social platforms, every time you click on someone’s profile, you’re hit in the face with their Klout score.

And now mainstream media’s getting into the act: I give you last week’s Wall Street Journal article on how certain wannabe cool kids are trying to game the system.

Good grief, after reading that, even my husband, who couldn’t care less about such stuff, asked me if I knew what my Klout score was.

And, then, yesterday’s Inc.com article on how to measure your brand’s online influence.

Now, I have no axe to grind with Klout.

And I have received my fair share of “influencer perks” from them, some of which I wrote about, though probably not in the way they would have liked, and others I didn’t.

(For a funny look at Klout Perks, check out Olivier Blanchard’s recent post on the swag he’d like.

Maybe I shoulda done something like that. ‘Cos the Sony PSP I received as a promo for “Are We There Yet?” is still sitting in its box.)

But if they claim to be “the standard for influence” (I’m not making that up, that’s their tag line) and people are being influenced to the degree that (quoting from the Inc.com piece) …

“We have people who are getting jobs because of their Klout score,” says [Joe] Fernandez [Klout CEO].

“We have hotels in Vegas that use the Klout score to upgrade rooms, so there’s real value. Klout does actually have real impact on people’s lives.”

… then it seems to me that if they make a prediction of what’s going to happen, based on folks’ Klout scores, it should be at least 75% accurate.

Klout decided to predict some of the Grammy winners based solely on their Klout score.

Let me repeat that: based solely on their Klout score.

Here’s how that turned out, with what Klout called accurately indented and in bold below:

Record of the Year

Album of the Year

Hmm. I wonder why?

Could it be that…

… the members of the Academy, who actually vote for the Grammys, don’t really care what people are tweeting about?

… all the people tweeting about and re-tweeting Justin Bieber (Klout score: 100) have little-to-no influence on the people who actually decide who wins the Grammys, i.e. the members of the Academy?

… someone’s Klout score is merely one facet of how influential they might be in real life?

My best guess is that it’s all that, and then some.

I don’t blame anyone for trying to identify influencers and then get them on their side.

… be taken in context

… customized to your organization’s particular needs and circumstances

… be undertaken only once you have clearly identified your ultimate goals.

How do you explain influence?

But my short answer is: influence is when you can get people to actually do something.

It doesn’t matter whether or not they have a gazillion Twitter followers.

It doesn’t matter what their Klout score is.

If you can’t get someone to do something that benefits your organization’s business objectives… they are not an influencer as far as you’re concerned.

our clients (or organizations) look to us for strategies on how best to use communication tactics and build relationships that will benefit their business objectives.