On Influence In Public Relations And Social Media 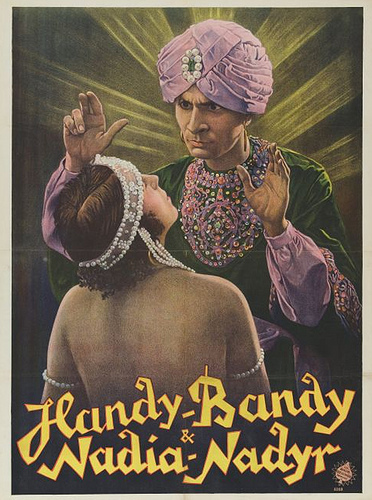 Influence is a hot topic in public relations right now.

Who is influential? How much can they influence someone? How do you reach them? How do you keep them on your side? How accurate are influence rating systems?

Lots of questions and I’m pretty sure none of us have all the answers, but let’s try.

1. It’s who you know that’s important.

A couple of months ago, I noticed the Livefyre comment system on Danny Brown‘s and Gini Dietrich‘s blogs.

I was intrigued by this system that seemed to really up the engagement level on one’s blog by allowing one to tag people not already in the conversation on other platforms, i.e. Facebook and/or Twitter.

By thus bringing them into the conversation, this has the potential to significantly increase engagement via comments, sharing, and so on. So I signed up for the beta invite.

Now, Livefyre had some kinks – they still do, they’re in beta – but the more I saw it, not just on Danny’s or Gini’s blog, but over at Joe Hackman’s place, for example, the more I liked it. Much better than CommentLuv, Disqus or anything else that I’ve seen, IMHO.

And when I likes something, I wants it.

So I DM’d Gini – with whom I’ve developed a warm camaraderie over the last few months – to ask if there was anything she could do to get the beta to me quicker.

She got in touch with them immediately, and while she wasn’t able to get me an invite pronto, she had been able to get me “bumped up” the list, with my beta invite hopefully to come some time in January 2011.

And it did. Five days ago (as you can tell by the new comment system on WUL).

Lesson: you can be an “award-winning PR professional,” accredited, and all that jazz. But that don’t mean squat when you don’t have a key relationship and/or reputation in the sphere you’re trying to influence.

Gini has that reputation and relationship. Fortunately for me, I have the relationship with her.

2. Influence scores and ratings, without context, are just numbers.

I told you last week of Rude Dude and and the whole I-did-I-didn’t-invite-you-to-speak brouhaha.

Someone I know (and consider a good friend, who has asked not to be identified), saw the post and figured out which industry association and event I was referring to.

S/he brought it to the association’s attention and, the very same day, I received an email from someone at the organization apologizing for what had happened, and asking if I’d care to discuss it further.

Sure, I said. So I spoke with them, receiving several more apologies, which I appreciated, because really, that was all that was needed.

(Btw, yesterday I got an email from Rude Dude, ostensibly apologizing as well.)

Had the certain someone not noticed the post, and contacted the organization, they would almost certainly not have reached out to me so quickly… if at all.

But s/he knows the right people. In the right circle, his/her influence is far higher than mine.

Arik Hanson referred to this in a post a few months ago, when he said it’s not necessarily the number that counts, but whether you’re reaching the right people – even if they don’t have those numbers you’re looking for, be it high follower numbers, Technorati rankings, and so on.

Lesson: yes, numbers can be helpful. But it’s even more important to look at them in context. As Chuck Hemann‘s blog is sub-titled, context is queen.

3. If you follow numbers blindly, you are setting yourself up for failure.

Now, I love numbers. And it’s ok to start with them; after all, you’ve got to start somewhere, right?

But what are you doing after that?

Justin Goldsborough wrote a remarkable post last month on what he fears about ranking systems (he referenced Klout): the “lazy” PR and marketing pros, who are looking for an easy way out, and who will jump on systems like this, since it is an easy out.

But if you’re simply going to rely on those numbers to populate your outreach program, and it doesn’t work… then what?

I can just hear it. “Boss, we reached out to the ‘influencers,’ but they didn’t buy it.”

Yea, doofus, because you didn’t reach out to the right influencers in the context of what you are trying to achieve.

If you’re not a tech company, would you really care what Robert Scoble thought of your product? Or even noticed it?

If you work in the HR field in India, wouldn’t you rather you knew what Gautam Ghosh thought of your efforts than Peter Shankman?

Lesson: simply playing the numbers game blindly will set you up for failure. Check out Jen Zingsheim’s great post on Media Bullseye for more on this.

If nothing else, please take these three points away with you today

1. There is no easy answer.

3. Regardless of how many tools keep popping up promising to help you “measure” influence – and I’m not knocking Klout, at least they’re trying – you cannot assume they’re going to do all your work for you.

Digital tools may have made our communications a little more instant, may have put a lot more resources at our fingertips, may have made research easier, but at the end of the day, you still have to conduct public relations the old-fashioned way.

Having now been on the soapbox long enough, I will step down and leave you with the transcript from last week’s #measurePR Twitter chat with Justin Goldsborough which was, not coincidentally, about influence. (It’s incomplete, because WTHashtag messed up yet again, but all the more reason for you to join the chat live, eh?)

Do join us next week, when Steve King of Emergent Research will be joining us to talk about research – a critical element of measurement, as well as of business. Tuesday, Jan. 18 (the day after Martin Luther King Day here in the U.S., so you should be well-rested), 12-1 pm ET.